Brexit: France will not be intimidated by talk of lorry jams 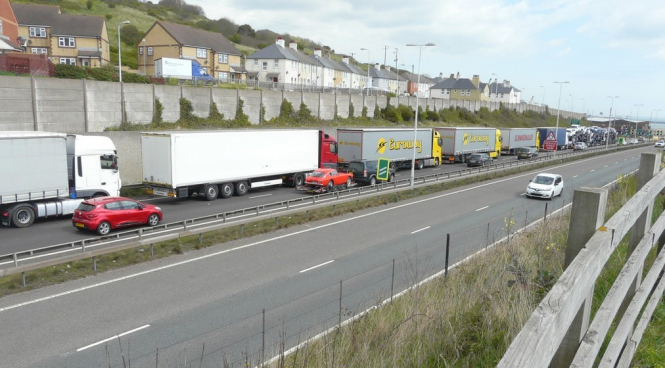 Clément Beaune, who has previously stressed that France will not accept a bad deal ‘at any price’, has said he views talk of 7,000-lorry queues in Kent as a way of ramping up pressure on the EU.

However he said France is “accelerating preparations” for the scenario of no Brexit future relationship deal being signed and that if the UK has to trade on World Trade Organisation terms, it will be “much more severe” for the UK than for the EU.

It comes as the final negotiation round scheduled so far is set to take place next week, amid ongoing controversy over a new UK bill, which is said to break parts of the Withdrawal Agreement treaty signed by the UK and EU earlier this year.

British cabinet minister Michael Gove, responsible for no-deal planning, has warned of massive traffic build-ups around Dover and the Channel Tunnel in the no-deal scenario, with delays of up to two days. Imports from France could be similarly disrupted, he has said.

It is expected that the EU will apply goods checks from January 1, for compliance with EU standards, plus, if there is no trade deal, import tariffs (taxes) would be charged.

Mr Beaune told the Financial Times: “Of course the signals that have been sent in the past few days are damaging. Anything which disrupts, disturbs or increases tensions in the negotiations is regrettable and we won’t fall for a kind of intimidation at the European level.”

He added: "“It won’t work. So let’s not waste time with these unfortunate tactical games and let’s negotiate fairly.”

Mr Beaune said France and the EU were still keen to reach a deal, but the UK cannot have free access to the EU’s market without complying with its safety, environmental, working and state aid rules – the so-called ‘level-playing field’, or without access to UK waters for EU fishing boats.

France’s preparations for next year include having recruited some 700 new customs officers, to be deployed especially in Calais, Dunkerque and at the Channel Tunnel. It is also deploying veterinary inspectors.

Mr Beaune also referred to the controversy over the UK’s Internal Market Bill, saying it would be “extremely difficult” to agree on the future relationship while “having this doubt in our minds”.

He said he hoped the UK parliament and government would “return to strict respect for the commitments made”.

Among Mr Gove’s warnings this week was that it would become necessary to impose paperwork checks and a permit requirement on trucks entering the county of Kent in the direction of France to avoid them being turned back by the French authorities.

One French activist for the Scottish National Party joked that Kent was becoming part of France.

On behalf of France, I'd like to thank Michael Gove for gifting us Kent.
Just a little more of these #Brexit shambles, and England will be French again.#MakeEnglandFranceAgain #BrexitReality pic.twitter.com/8mzqIexH0n