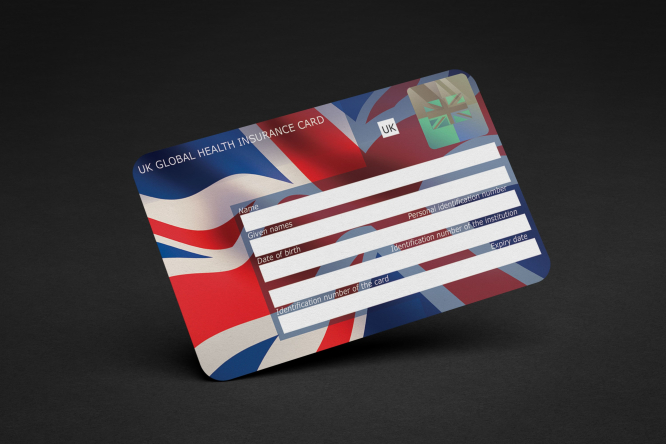 Sample images of the new British version of the Ehic card – the Ghic – have been released for the official launch of the cards and leave no doubt that they are British ones, with the Union Flag covering the front.

Continuation of ‘Ehic’ cover for UK visitors to EU countries such as France is an agreed part of the future relationship deal which has now provisionally come into force.

This means that Britons visiting France for temporary stays may continue to have necessary healthcare that arises during a stay in France paid for by the UK. As before, this includes treatment for chronic or pre-existing conditions, but excludes some other items such as repatriation in the event of death, mountain rescue or care in certain private facilities.

The card can be used for example by those coming to France on holiday or to visit second homes, as well as people making business trips or coming for study as long as the UK remains the country where they usually live.

British visitors who already have Ehics (the initials stand for ‘European Health Insurance Card’) can continue to use their cards while travelling so as to prove their healthcare rights, as long as it is in its validity period. British Ehics last five years.

Others should apply for a new kind of card, which, like the Ehic, is free of charge.

Images of the new UK Global Health Insurance Card, or ‘Ghic’, show that it is emblazoned with the Union Flag, plus a second small one in a holographic section in one corner of the card. However due to political sensitivities, residents in Northern Ireland are to be offered the choice of an alternative.

The card will function the same as an Ehic apart from the fact that it (and existing British Ehics) cannot be used for healthcare in countries outside the EU, including Switzerland, Norway, Iceland and Liechtenstein. The UK is in discussions with these EEA/Efta states, which were formerly covered by British Ehics due to their close links with the EU.

The UK is seeking to conclude new reciprocal social security and health care agreements with these states, but in the meantime will reactivate a previous deal with Norway allowing for ‘necessary healthcare’.

Ehic cover maintained by Brexit deal – what to do