Brexit: What would Australia deal mean for Britons in France 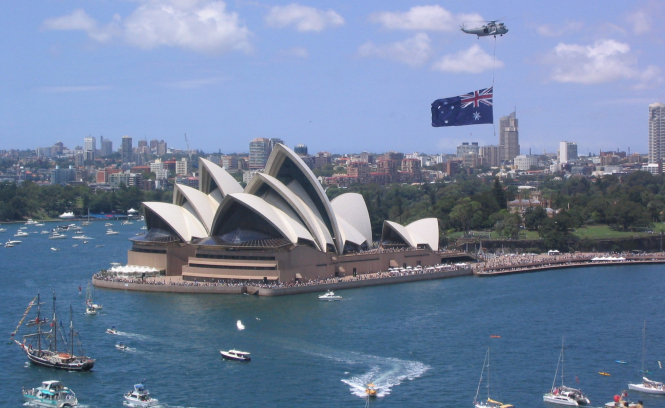 In fact there is no comprehensive trade agreement between Australia and the EU, trade between them mostly follows World Trade Organization rules, including tariffs on many goods, though there are agreements in place for specific goods.

Such a bare-bones relationship would have implications for Britons who hope to move to France in future years after the Brexit transition period.

This comes as the UK has now excluded the possibility of extending the transition period beyond 2020. Up to the end of June it had the right to request an extension for a year or two but it declined to do so and said it would have refused if the EU had requested it.

Negotiations are continuing between the two sides this summer in a bid to conclude a deal, however time is extremely limited.

The EU’s wish is to sign a comprehensive treaty, covering wide-ranging matters from trade and fishing to judicial cooperation and social security. The UK’s preference is for several treaties, including a separate EU/UK social security agreement.

The latter would be expected to include rules on issues such as temporary and posted workers’ social security, coordination of pension contributions in the UK and EU, a continuation of Ehic-style cover for travellers’ healthcare and continued uprating (annual increases) of the British state pensions of Britons who move to EU countries after the transition period.

The EU has also expressed a willingness to continue a form of the S1 system for the healthcare cover of pensioners of one state who move abroad, as well as exportability of disability benefits, however the UK has not requested these.

Leaving with ‘Australia’ rules however would be an extremely bare-bones arrangement and unlikely to include any of these. The probable upshot would be that for any of them to continue, the UK would have to sign a new bilateral social security convention with France, at an unknown date.

This existed before the UK joined the EU, and it included pension uprating. It did not include an automatic right for expatriate pensioner healthcare, for example, meaning France could charge British pensioners.

British state pensions not uprated for those who move to Australia

The UK does not currently uprate (annually increase) state pensions of anyone moving abroad outside the EU/EEA to countries – such as Australia – with which it does not have a bilateral social security agreement.

As for healthcare for visitors, the UK does have agreements on this with some non-EU countries, but the arrangements are not usually as comprehensive as the EU’s ‘Ehic’ scheme. For example there is a reciprocal healthcare arrangement between the UK and Australia but this does not include any care for pre-existing conditions, while the Ehic does.

The UK’s travel advice for Australia therefore includes a recommendation to take out a comprehensive medical insurance policy for the trip.

It is important to note that pension uprating, S1 forms and exportable disability benefits will all be maintained for Britons benefiting from the Brexit Withdrawal Agreement (WA), ie. those who are residents of France before the end of the transition period (December 31, 2020) and obtain one of the new WA residency cards for Britons in France.