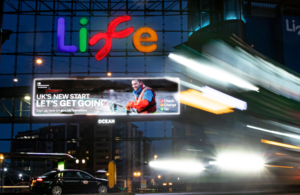 The campaign called The UK’s new start: Let’s get going, aims to make sure individuals and businesses know the essential actions they need to take, most of which the UK says will apply whether or not a UK/EU ‘future relationship’ agreement is signed before the end of this year.

The British government says it will “ensure we are all ready to seize the opportunities available for the first time in nearly 50 years as a fully sovereign United Kingdom”.

It comes as it is now considered certain that the UK will leave the transition period from January 1, 2021, as the UK has refused to extend this and the deadline to do so has passed. During the transition period the UK, though no longer an EU member, remains temporarily in the EU’s single market and customs union, cushioning the country and Britons from Brexit’s practical effects.

The campaign will direct people towards an online checker tool at gov.uk/transition which will help you identify points to be aware of depending on your situation if you are a Briton who does business with the EU, a Briton who plans to travel to the EU or a Briton living in the EU.

For example, a retired British person living in France and who drives with a British driving licence and who plans to visit the UK in future and drive there will be reminded to: