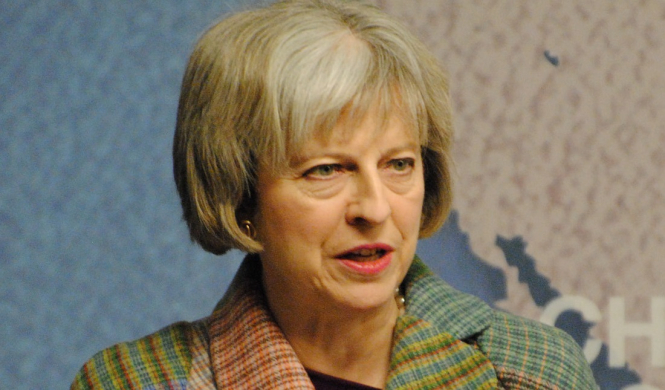 BRITAIN will seek free access to the European single market while maintaining the right to restrict immigration in any Brexit negotiations.
At a meeting at Chequers, Prime Minister Theresa May and her cabinet also agreed that MPs would not be given a vote before before the government formally triggers article 50 of the Lisbon Treaty to begin the two-year countdown to Britain's withdrawal from the EU.
In a statement to cabinet, Mrs May reiterated the 'Brexit means Brexit' slogan of the early days of her time in office. She added: "That means there's no second referendum; no attempts to … stay in the EU by the back door; that we're actually going to deliver this."
After the meeting, the Prime Minister's spokeswoman said the UK would seek 'controls on the numbers of people who come to Britain from Europe, but also a positive outcome for those who wish to trade goods and services'.
The spokeswoman said that the UK would seek a unique deal with the 27 members of the bloc, as opposed to an 'off-the-shelf' agreement.
The immigration red line means any deal will be very different from those agreed with Norway and Switzerland, where access to the free market means those nations accept free movement of EU citizens.
It may be closer to the Canadian model, with free trade for manufactured goods but not necessarily for services - though London's financial institutions are reportedly lobbying the Prime Minister to ensure any deal allows them to access European financial markets.
David Davis, the secretary of state for the Department for Exiting the EU, said that the EU's 27 nations would offer Britain a good economic deal because it is in their interest to do so.
During a visit to Northern Ireland, Mr Davis told reporters: "What we will seek to do is ideally have a tariff-free access but this is a matter of negotiation."
But European leaders including German Chancellor Angela Merkel and French President Francois Hollande have said the UK cannot pick and choose the benefits of the EU after voting to leave.
Meanwhile, Liam Fox has argued that not being in the single market is a price worth paying for border control.