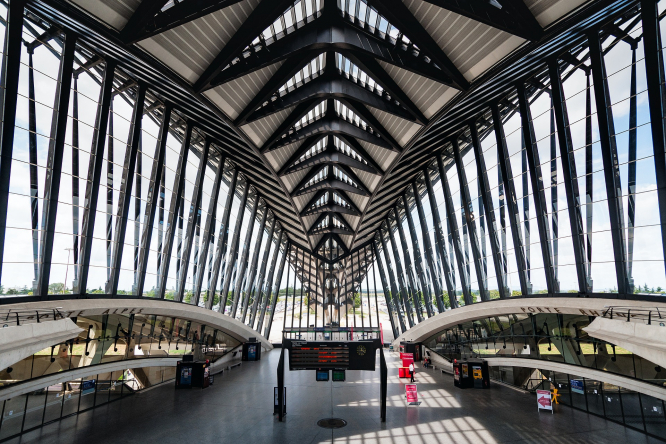 If possible, it is best to apply for one of the new WA cards before travelling
By Connexion journalist

Several readers report stamps being given at entry points including Bordeaux and Toulouse airports and on arrival at the Eurotunnel at Folkestone, where there are both British and French border officials.

They say it happens despite providing proof of long-term residence in France and explaining they benefit from the Brexit deal.

Both the French Interior Ministry and EU guidelines state this is not correct procedure.

Passport stamps are generally only useful to make sure visitors do not overstay the 90 in 180 visa-free days allowed in the EU since Brexit.

The EU has provided briefings to member states advising against stamps for established residents and has updated its handbook for border guards.

Immigration lawyer Raymond Cujas told The Connexion it is the usual custom of French guards to stamp the passports of all non-EU citizens entering France directly and not via another Schengen area country.

An EU Commission source confirmed that stamping is useful for visitors as a way to record the time they spend in the country but this is irrelevant for residents. However, she said states may stamp passports of non- EU nationals residing in their countries if they have a national law permitting it.

This, in theory, could also include Britons covered by the WA, she added.

The Connexion could not trace a French law covering this. A British Embassy spokes- man said it had raised the issue of “incorrect stamping” with French officials.

“French officials confirmed that Britons resident in France [and benefiting from the WA] should not have their passport stamped, neither for entry nor exit,” he said.

“We have been assured that any stamp given incorrectly will not affect residency rights. We continue to monitor the situation and work closely with French officials to resolve any problems as they arise.”

He added: “There are reports of stamping not happening in a few cases and we encourage Britons to present their evidence pro- actively and not wait for guards to request it.”

EU guidelines advise Britons to present a new Brexit residency card or the email received after application for a card.

Failing that, they should present other evidence of residency in 2020 and ongoing residency, such as an EU citizen’s carte de séjour, utility bills or rental receipts.

We advise applying for one of the new cards before travelling, if possible.

‘We were turned back at Eurotunnel’

A British businessman was turned back from boarding the Eurotunnel at Folkestone for a UK-France trip due to lack of proof of French residency, despite showing tax details and utility bills.

Becca Keogh, 21, who lives in the UK, was travelling with her father when they were refused entry at Folkestone.

They passed the UK border controls but were then stopped by French police, who said “the borders are closed”.

Ms Keogh said her father explained he lives in France in the Sarthe and his wife was there. He presented utility bills and bank and tax paperwork as evidence.

Border police said they would only accept a residency card, she said.

“They wouldn’t allow us to cross, even though my dad makes this journey every two weeks and has done for 16 months, as he has businesses in the UK. Our passports were stamped and we were sent back.” She said her father was able to cross on a second attempt the next day.

This is the only such case The Connexion has heard of.

Brexit and the curse of having a UK passport