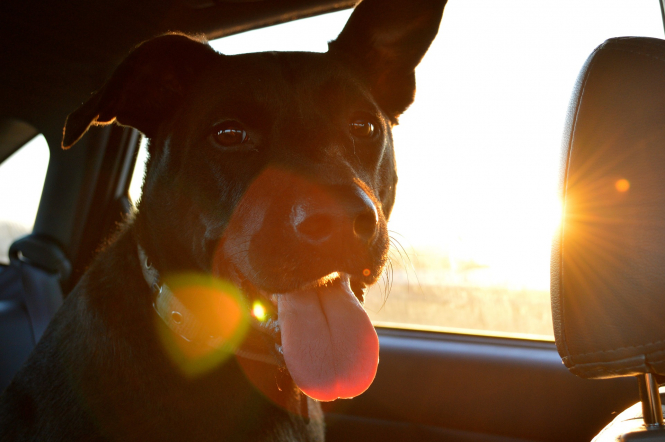 EU pet passports, which are no longer available to Britons, can be used up to 28 times before they need to be renewed – and cost around €15
By Liv Rowland

Could obtaining a French pet passport for your dog be an alternative to costly new UK “animal health certificates” (AHCs) if you live in the UK and travel regularly to a second home in France?

The Connexion has looked into this after one dog-owner set up a petition asking the UK to seek the return of pet passports for Britons travelling to the EU in protest at an average £125 cost per trip for a single dog (each vet sets their own fee).

EU pet passports, in which the UK participated until January 1, can be used up to 28 times before they need to be renewed – and cost around €15.

We have also sought to clarify why the UK was placed on the EU’s Part 2 and not Part 1 for pet travel. The latter would mean it could issue UK pet passports recognised by the EU, as opposed to pet-owners having to obtain an AHC for each trip.

The latter must be signed by an ‘official veterinarian’ (OV), a vet with a special accreditation – most practices have one.

Chris Slade, from Sussex, who has a second home in Brittany, launched a petition.“It’s not fair to lay this burden on people,” he said.

“It’s not balanced – anyone in Europe can come to the UK and skip these costs.

“A fee of £125 was quoted to me by several vets – one was even more. Plus one practice said their OV only comes in once a month. We used to travel six times a year with our dog Rudy. It would be £125 on top of his £40 ferry ticket and €55 for a tapeworm tablet before return.”

We checked out the option of obtaining a French pet passport if you have a holiday home.

A vet in Normandy told us she is happy to issue them for British second-home owners for €15 plus a €30 consultation. They need papers showing microchipping and rabies jabs.

However, an EU source directed us to a ‘notice on travelling’ the European Commission issued which, at 5.1.1, says: “the EU pet passport issued to a pet owner resident in Great Britain will [after Brexit] no longer be a valid document for travelling with a pet from Great Britain to the EU”. The source said “the place of residence is determinant”. Asked about the legal force of this with regard to a UK resident obtaining a French passport, he said he could add nothing, but suggested speaking to UK and French authorities.

The EU pet passport contains a section for the owner’s address.

The source said the Commission placed the UK on list 2 due to the fact that list 1 is for countries which are fully applying its animal health regulations, such as Switzerland and Norway. It is seen as a “Schengen Zone for pets”.

France’s Agriculture Ministry told us it would be acceptable for a second-home owner to obtain a French passport if only EU vets do the pet’s rabies jabs.

Asked if the UK government would object to UK residents using French pet passports, a Defra (agriculture ministry) spokesman said they continue to recognise pet passports issued by EU member states but we should also check with France.

AHCs are only valid for four months, raising questions for people who obtain five or six-month visas.

A UK government source said if one expires, owners should obtain a health certificate from a vet in France to enable return.

The source added they would suggest taking advice from a vet in the UK before travel or to speak to a French vet about the feasibility of a French passport.

If a pet already has an EU-issued passport, this can be used for travel into the UK, the source said, but owners should ensure UK-based vets have “no input into the passport”, as this might invalidate it.

A UK government spokeswoman said: “We are clear that we meet all the animal health requirements for Part 1 listed status and will continue to press the Commission on this.

“We have one of the most rigorous pet-checking regimes in Europe and among the highest standards of biosecurity in the world.”