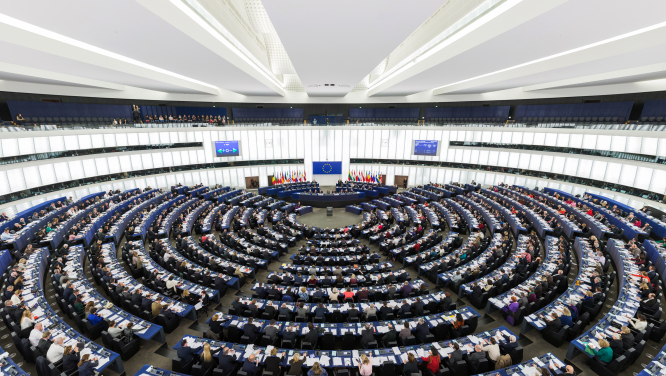 Several MEPs have spoken out about the short time remaining for a Brexit deal, saying they do not want the parliament to be reduced to a rubber stamp.

A key part of the ratification of an EU/UK future relationship deal, so it may come into force by January 1, 2021 as the Brexit transition period ends, is assent from the European Parliament.

Under the usual procedure the deal, which must previously have gone through final checks and tidying then been drafted and translated into all EU languages, should then be discussed by two different committees of the parliament.

These should then report to the full parliament, which should then have a chance to debate and vote on the deal.

With the UK and EU still having not agreed on remaining sticking points, such as fishing rights and the ‘level-playing-field’ on regulations, time is now very short for the parliament to vote at its last plenary session of the year, on December 14-17.

It is believed that an extraordinary session of the European Parliament may have to be called at the last minute, around December 28.

One German MEP, Bernd Lange of the Socialists and Democrats group, reacted to news that the talks are still continuing – over webcam – this week, saying the parliament will ‘not pay the price’ for ‘the gambling of Boris Johnson’.

It is already 5 past 12.We need a text. Otherwise ratification+democratic scrutiny by #EP will be a farce. The gambling of @BorisJohnson has brought us where we are now. We won't pay the price for that! #Brexit #EU #UK https://t.co/yq6caEgzaW

The very tight schedule is due to the fact that the UK refused to extend the Brexit transition period, during which the status quo of EU rules and rights continue to apply to the UK even though it has technically left the EU.

The UK could have asked for an extension of up to two years, but ruled this out meaning there was less than a year to conclude the complex deal, covering the trading relationship as well as many other matters of future cooperation between the UK and EU.

The EU had originally said a deal would be needed by the end of October to allow for ratification, a date which has now long passed.

Mr Lange told French press agency AFP he feared that time had run out for “a serious process of examination as we have had for all other trade deals”. He said once a deal is agreed it would take 25 days for final legal checks and translations.

Another German MEP, Manfred Weber, who heads the PPE right-wing group, stated: “We are not going to be satisfied with just giving a rubber stamp; we have to do our job.”

Former French Europe Minister, MEP Natalie Loiseau, has also spoken out, saying that the British are responsible for the tight time frame.

However she said if a deal is arrived at she believes the parliament would ratify it before the new year.

There should, however, be no “provisional” implementation without the MEP’s agreement, as some commentators have proposed, Ms Loiseau said.

It is still not entirely clear as to whether the deal may also have to go to a vote at national EU parliaments, however where this has been required for previous deals, they have been able to apply on a provisional basis pending those parliaments’ votes.

The talks are continuing via video, due to the fact that people close to both main negotiators have tested positive for Covid-19.