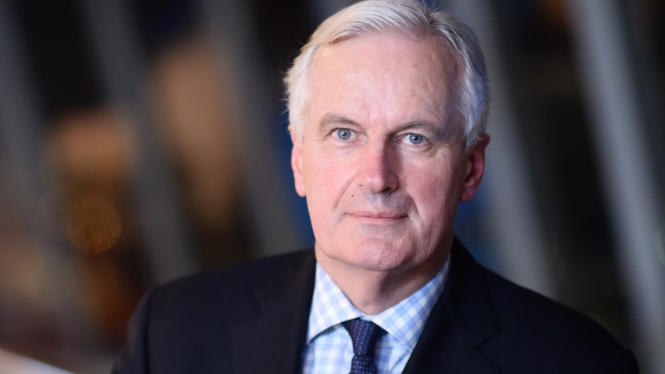 Michel Barnier said pension rights acquired in the UK by people who are living in France before the end of this year are safe under the agreement, which had already been already signed and voted into law by the 27 EU states and the UK.

Mr Barnier was a guest on a phone-in session on France Inter radio when a French woman called to ask if he was sure that the pension rights she obtained during 10 years working in the UK would be recognised after the end of the Brexit transition period next year.

“The rights of citizens including pensions are guaranteed under the Withdrawal Agreement (WA), which has been signed and come into force,” he said.

“So if you have pension rights after working 10 years in the UK these rights are guaranteed in the future.”

The rights covered by the WA deal relate most commonly to current British expatriates in the EU (or EU citizens in the UK), but also affect others such as French people who have worked in the UK and returned to France.

With regard to UK state pensions, they include the right to continue to have them uprated. This refers to an annual increase based on a formula; British expatriates in many non-EU countries do not obtain this and their pensions are frozen at their value when they move (or when they start to claim, if claiming for the first time from abroad).

Mr Barnier laughed off a report in The Telegraph that he was about to be sidelined and that the 27 heads of government would now deal directly with the British.

“It has been four years that I have lived with these stories in the press, these personal attacks, these rumours and these ultimatums in a certain part of the British press, especially the tabloids and I have never been very impressed by all that,” he said.

“All these people do not know how we work at the centre of the Europe…I am not an individual negotiator, I do not negotiate for myself.

“I am working in the name of 27 heads of government who have given me their confidence, I work here in Brussels under the authority of the president Ursula von der Leyen and in agreement with the European Parliament, and so those people do not know how we work – I have a very precise mandate and I work within it.”

With regard to the ongoing negotiations for a ‘future relationship’ deal, including trade – which resume again tomorrow in London – Mr Barnier said the EU would not budge on the requirements that a trade deal with the UK be “free and fair”, which required that the UK meet health, social, environmental and other standards required in Europe.

“There is a commitment in Europe that the single market, involving as it does a complex web of economic, social and legal agreements, is much more than a simple free trade zone, as seen by the British,” he said.

And he said the EU would make sure that the Northern Ireland protocol (arrangements for the Northern Ireland/Ireland border), already signed by the British as part of the WA, was maintained – there has been speculation that the UK government is preparing a vote in parliament to change the terms of the protocol.

On fishing rights, another point which risks sinking a negotiated trade deal, he said agreement could be found if there was a will to do so, however so far the two sides have very diverging views.