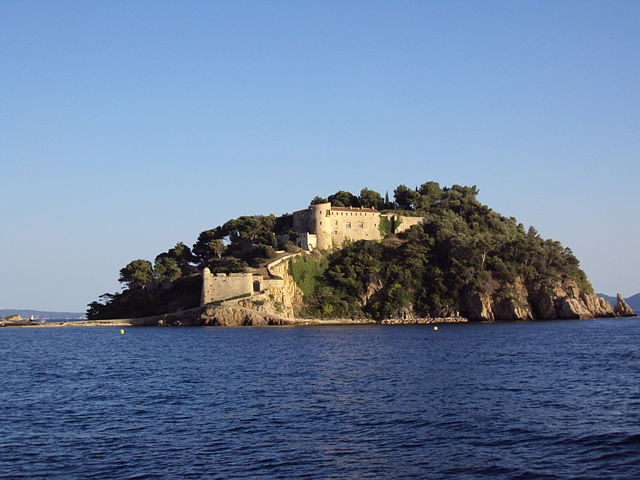 President Emmanuel Macron was due to welcome Britain's Prime Minister Theresa May for an 'informal' two-hour meeting at his summer retreat on Friday.

Mrs May intends to clarify the UK's proposals at Fort Brégançon, Var, and hopes to persuade Mr Macron to support Westminster's position on the Brexit negotiations and its future relationship with the EU.

The French press remain unconvinced. Le Figaro said the President and the Prime Minister will pause their holidays for a weekend to try to make progress on stalled Brexit negotiations, with just a few months left to reach an agreement with Brussels.

It warned that the UK risks leaving the European Union without a 'real exit plan' and said time is running out for a deal, ahead of the European Summit in Salzburg on September 20.

Its leader is bleaker still. It likened the UK government's handling of Brexit domestically and with the EU as an out-of-control car, describing the meeting with Mr Macron as a 'last chance' to avoid a fatal collision.

Les Echos described the visit as a 'cry for help', following new foreign minister Jeremy Hunt's assertion in Paris that there was a real "real risk of a Brexit without agreement".

It warned that there was a 'very tight schedule' for negotiations, but said that the UK cannot ask the EU to lose control of its borders and laws, citing a source in the EU who said: "They [Britain] want an à la carte market according to their needs and interests. It can't work like that."

Meanwhile, the French government has said that Mrs May's efforts - along with those of other British ministers on European charm offensives - to sidestep chief negotiator Michel Barnier and soften EU leaders' positions with direct appeals are unlikely to be successful.

An Elysée Palace said the meeting was "not a negotiation" and was "not a substitute for the negotiations” led by chief Brexit negotiator Michel Barnier.

Le Monde said the atmosphere at Brégançon may be 'relaxed', but the discussions were serious, with Brexit talks 'sliding' ahead of the UK's exit from the EU.

There has been little progress in negotiations in recent weeks as London and Brussels are expected to reach an agreement by the October EU summit to organise the divorce, scheduled for March 2019. According to Mr Barnier, 80% of the withdrawal has been agreed, but "we still need to reach agreement on important points," he said, notably the border between Ireland and Northern Ireland.

There will be no announcement at the end of the meeting, because "it is not for Paris to replace the process led by Michel Barnier", Le Monde reports.

Liberation, too, warned that Mrs May would find that Mr Macron's stance has not softened despite the heat in the Var this week.

France, it said, would respect the position of Mr Barnier as chief negotiator of the EU27 in the divorce proceedings.