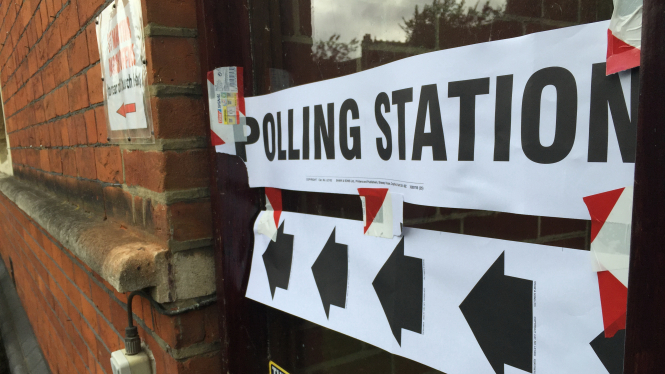 Due to potential postal delays in the UK with the Christmas post Britons in France are being advised if possible to vote by proxy rather than post this year, but time is now running out. There have also been threats of postal strikes and the postal union is currently appealing against a court injunction which banned them from carrying this out.

One way to find a proxy, if you do not have family or friends you trust to do it for you, and who can visit your old UK constituency to vote, is to ask the local branch of the party you would like to vote for. Another is to find a proxy elsewhere in the UK, who can then request a postal vote for you – called a postal proxy vote – though time is now very short for this and it does not avoid the possibility of postal delays.

It says it operates 'like internet dating’ – Britons looking for a proxy and Britons willing to be one can both register via the group; they then seek to match people up.

Connexion notes that the service has been endorsed as reliable by one of the organisers of the British in Europe campaign in France.

You just need to know your old address and postcode where you were last registered in a UK constituency.

"The only real way we can stop Brexit is through a second referendum – to say yes or no to the government's Brexit deal, and to remain in the EU if the voters say no to the deal," said Nigel Grey, the proxy campaign's founder.

"But to get a second referendum, we need to defeat Boris Johnson and his Conservative Party in next month's general election.

"Almost certainly, the only way to achieve that is for people to vote tactically in each constituency in order to secure victory for as many pro-second-referendum candidates as possible.

"Every vote will count – that's why we are appealing to thousands of British anti-Brexit voters in France to register to vote online and then use our new online system to appoint a pro-second referendum proxy.”

Connexion has checked to see if a similar system exists for voters who support Brexit, but we did not identify one. If you know of one let us know at news@connexionfrance.com

Time running out for proxy vote in UK election