How UK Customs dealt with our move back from France 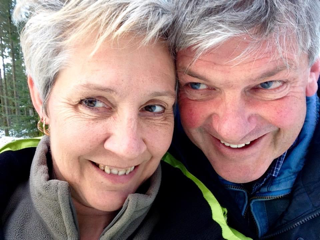 Just like French customs, the UK’s HMRC now asks for declarations – and in some cases, tax – when items are moved across the Channel.

In both directions, this is simpler and cheaper if you are moving home from one country to the other, rather than moving items to or from a second home.

Kathy and Michael Fordham moved back from Saône-etLoire in eastern France to Uckfield, Sussex in September.

They said the process involved “an awful lot of paperwork”, but was otherwise painless.

They took two vanloads of possessions, and then a car with a trailer.

Mrs Fordham, 57, said they came to France eight years ago for a change of life.

They used to run a B&B and English butchery business but are now living again in their former UK home, which they had rented out.

“We were having a lovely time in France, however there were family reasons for going back. But we have permanent residency cards, so it gives us some time to decide.”

The main requirement was a Transfer of Residence form, to be completed online, which was quite “onerous”, she said.

Read more: What are post-Brexit rules for moving items from a French house to UK?

They had to list what they were taking, grouped by category. “You can say, for example, ‘a box of kitchen utensils’ but you can’t just say ‘white goods’, you have to say ‘a washing machine’, ‘a tumble dryer’, etc. But you didn’t have to list every spoon.”

They did not provide any values and this was not queried, she said. “It took about two weeks for them to send back an approval via email, and it was all fine.

“Having said that, in the end no one at customs asked to see the form, and no one was interested in the contents of the van, apart from checking we hadn’t got illegal immigrants in it.”

The trips were a combination of ferries and Eurotunnel, with the latter involving more inspection of paperwork – though officials were only interested to see they had their Covid documents in order, she said.

Their main difficulty now is re-registering their car with the Driver and Vehicle Licensing Agency (DVLA) , she added.

Mrs Fordham said there were no obvious lanes for declarations at the ports. “Everyone went through customs, and they stopped you if they wanted to, or otherwise not. “The first two times they looked in the van, and it was jam-packed with stuff, but they just said ‘that’s fine’.”

Recap of post-Brexit rules for bringing items into France from the UK
UK-EU customs checks and taxes: Readers’ experiences so far
France to UK family visit: What gifts can we bring under Brexit rules?