'I wish Brexit could just be a bad dream' 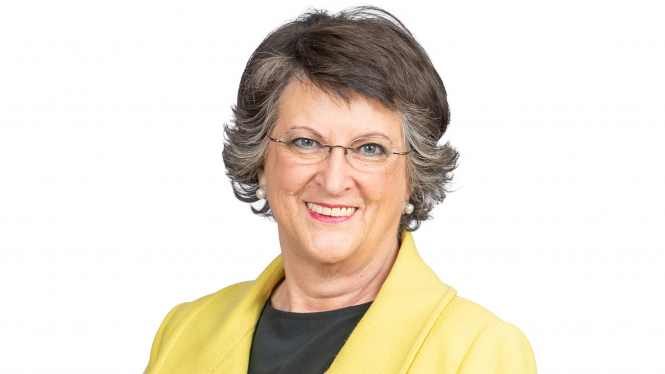 “I’m old enough to remember watching [the TV series] Dallas and Bobby coming out of the shower [a popular character who had been shown to die in the previous season] – and it turned out it was all just a bad dream.

"Wouldn’t that be nice if we woke up and Brexit was a horrible dream,” said MEP Catherine Bearder, who is heading to Dinard, Brittany this weekend.

Ms Bearder said she had wanted to take part in director David Wilkinson's documentary Postcards from the 48% because it highlights how the Leave vote at the referendum was far from being the ‘overwhelming’ result that is sometimes claimed.

“Most referendums for constitutional change have a set threshold [for the required size of majority and/or turnout] and this did not have one, which meant it was won by the slimmest of margins and after many, many lies told during the campaign – the bus with the £350m-a-week for the NHS was just one of them,” she said.

“Of course that sounded like a lot of money, but now they are spending billions just preparing for Brexit.

“Like a lot of Remainers I was angry about how voters had been hoodwinked and when David asked me to take part I said I would be more than happy to.”

She added: “The question now is what are the effects of Brexit and how do we stop it?

"We are finding that people are changing their minds the more they know about how the EU works. It’s very timely that the festival has brought the film forward at this time. We might have thought it would all be settled now, but far from it – there’s still chaos at home in the UK.”

Ms Bearder said the Facebook group Remainer Now has many examples of people coming forward to say they did not realise how important the UK’s EU membership was.

“It’s true many people said that we voted and we should respect that vote, but we are three years on and in a democracy you should be able to change your mind now you now what the deal is – or that there is no deal.

"That’s why I am campaigning for another referendum. I think people have the right to vote on the deal and with an option to Remain.”

Ms Bearder said in most referendums those taking part know exactly what they are being asked to vote on. A good example was the Good Friday Agreement which brought peace in Northern Ireland, she said.

“Every voter was given a copy of the agreement before they voted on it. They were informed. You can’t have your tonsils out without informed consent and that’s all we’re asking for, now we know what Brexit means, is this really what you want?”

She sees no prospect of the UK leaving with a deal at this stage.

“What the ERG and other right-wing Tories want is not to have the backstop and the European Union says ‘that’s the insurance – because otherwise we don’t know how you are going to diverge once you’ve left’.

“Boris said he would come up with something to replace it, but there’s no evidence that he has.

“I’ve just come from a Brexit hearing at the European Parliament and Guy Verhofstadt and the Brexit Steering Group said nothing has come forward, there’s nothing new on the table and it’s a huge frustration to the Europeans.”

Ms Bearder said her preference is for another referendum now, however she thinks it is more likely there will be another general election first.

“If the Lib Dems win the election we will quite simply revoke article 50 because we will have the mandate from the people to do that.”

It is hard to predict the events of the weeks ahead, she said, however EU treaty law that says that for Brexit not to happen on October 31 the EU Council would need to agree another extension; meanwhile a British act of Parliament has ruled out leaving without a deal.

“We’re not quite sure where we are with that. The British act mandates the prime minister to ask for an extension if there is no deal by October 19 but it doesn’t guarantee the UK getting one.

“But leaving without a deal would be awful.”

She added: “There is no deal that’s as good as the one we have, with membership. Theresa May’s bill is something but it doesn’t really protect Britons living on the European mainland because their residency becomes the responsibility of the state where they live [eg. the deal can require Britons to apply for a card to maintain the right to stay in the country] and they lose free movement.

“In Belgium I know people who work in Germany, the Netherlands or France, but if they just have residency as a non-EU citizen in Belgium that doesn’t give them freedom to work in other states.”

She said she was pressing the European Commission to go further in protecting Britons’ these rights.

However no-deal would be “a disaster”, she said.

“No-deal is not something, it’s an absence of any deal, treaty, international agreement; anything. All of those are torn up at midnight. It’s a bit like slamming shut all the doors of the tube stations and expecting Londoners to carry on without the underground.”

“I am advising all the EU citizens living abroad in the UK to at least register for the new ‘settled status’ there, she said.

"However in some kinds of residency [eg. for those who do not yet have proof of five continuous years in the country] they can lose their rights after over six months away, so if there is a risk of having to go back to look after a sick relative for example, they may be better off applying for citizenship.”

“People are being left high and dry,” she said. “At the moment it’s all reciprocal within the European Union. But if there’s no deal all those arrangements fail.

“If the British government can’t do a deal and they crash us out, they have a moral obligation to these people, many of who didn’t even have a vote.”