Leaving the EU is 'a lost opportunity' for Britons 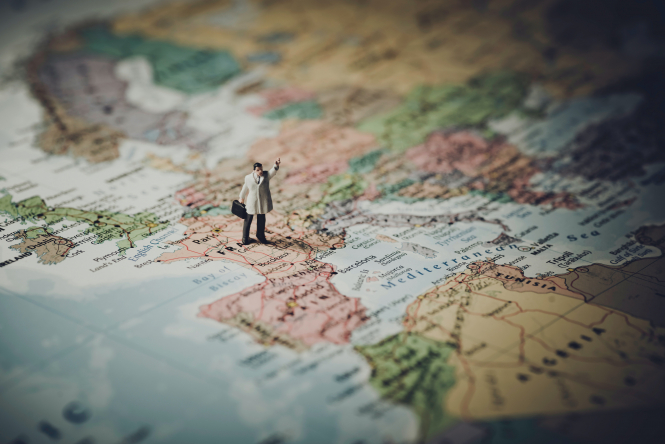 'There will be hundreds of unsettled questions which will require separate deals, which may go on for many months in 2021 or even beyond' says Ian Forrester, president of the Franco-British Lawyers Society
By Connexion journalist

Ian Forrester, who is Scottish and lives in Belgium, is president of the Franco - British Lawyers Society.

Speaking to The Connexion about the legal uncertainties “full” Brexit brings, he said: “Up to now, a Briton in the UK knew they could study abroad, find a job and train abroad, get married, start a business, and retire with a full British pension, whether in Spain or France or a combination of countries.

“Now that right has become a right to request it. It doesn’t mean that it will be lost, but we go back to the days where you had to make an application and explain why you need it and be well-dressed on the day and nice to the official and hope they are generous.

“That is particularly painful and severe for the less-educated, less well off and less confident.

“Until December 31, John Smith studying at Exeter University could go to Montpellier for a year’s study under Erasmus. He could take a job waiting tables in Montpellier and a winter job as a ski instructor. That certainty is now only a possibility.”

“People in the UK will still want to do those things that were routine before. Will they really stop doing it? And will French or Italian authorities be as severe as they theoretically could be with regard to loss of EU rights?

“Secondly, there is litigation ongoing, and academic discussion, about Britons’ EU citizenship. Once acquired, can you really lose it because of Brexit?”

There are “attractive and powerful arguments” in favour of Britons retaining EU citizenship, he said.

“In the meantime, I don’t think we are immediately going to go back to 1972.

“We will probably go somewhere in-between. No one knows what deal may emerge from the talks before the end of 2020 – or the ongoing talks that will have to take place in 2021.

“There will be hundreds of unsettled questions which will require separate deals, which may go on for many months in 2021 or even beyond.

“With or without a deal, relations between the UK and EU must be governed by texts and these rules have to be agreed between ministers and officials."

“And in every case there will be a choice between so-called regaining independence – ‘enjoying’ the right to do something different – and adverse consequences from the point of view of normal cross-Channel relations.

“For example, we want police to cooperate in catching and extraditing a criminal who takes flight. On the other hand, it’s said we must have the right to do things differently.” Mr Forrester said it would be easy to imagine a “panic scenario” this year, but such a view would be “unfortunate”.

“In two democracies with an interest in the wellbeing of citizens and of peaceful visitors, the UK and France, I just don’t think it’s likely, for example, that the British police will start pulling over French drivers and making them take a driving test, or any stupidity of that kind.

“And, similarly, I don’t think British drivers will be harassed in France.

“I expect extra paperwork, but I don’t see people being locked up or being put off the road. It’s obvious that there are millions of people in good faith whose status has become uncertain because of their government’s policy.

'Clear answers – I have none, but I reject predictions of doom. In-between – irritating, apparently pointless complications, I can see a lot of those'

With regard to cooperation by courts, he said: “A judge generally has competence in his territory and none outside of it. If people have disputes crossborder, to decide which court and law will govern its resolution there are treaties – Rome, Lugano, the Hague…

“Step by step within the EU framework, they have become a code for judges. Where did the problem happen? Where were the goods delivered? Where were the parties married? Where is the matrimonial home? Those questions are governed by treaties, some European and some in parallel, which get interpreted by the European Court.

“The future of how matrimonial disputes, custody and settlement disputes will be settled is just one of many questions that are undecided now.”

He said the same applies to commercial disputes, for example where a person in France buys online from a firm in the UK. “Questions would arise as to which law and which courts are relevant – whether those of the seller or buyer’s country. These have been settled by European law until now.”

Trademarks, patents and copyright are governed by national law but with cooperation on recognition at the European Patent Office in Munich or Alicante at the European Trademark Office, he said.

“Again, I do not know what will happen to these questions now. You can still get a national trademark but lots of people prefer a European one. Disputes on these go to the European Court.”

Mutual recognition of professional qualifications is also in question, Mr Forrester added, though it would be only “sensible” for there to be agreement on this. “Once more, there is a choice between loving independence and practical advantages. It will be necessary for whoever is in charge to decide about it.”

Losing EU citizenship also means losing a right to be treated equally with national citizens in a country such as France, he said. “Say you are beaten up on the Paris Métro and injured. As an EU citizen, you’re entitled to be treated as a French person for criminal injuries compensation. If you’re not, you can’t insist on the same privilege.”

Mr Forrester added: “I hope Britons abroad will write to their MPs about their practical anxieties. It’s not unpatriotic to say that there are all these matters unresolved... and, government, you took us here, please can you sort these issues out?”