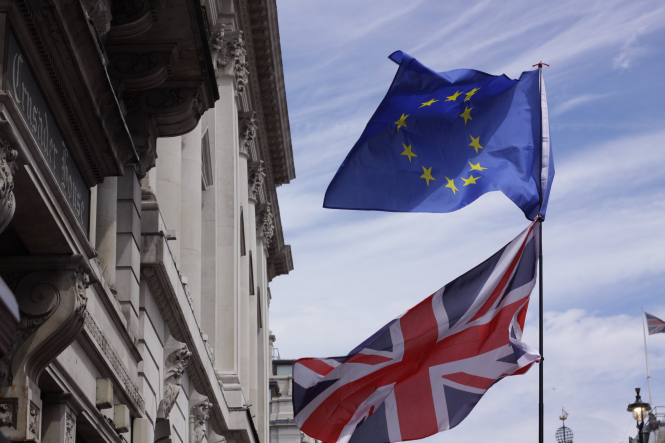 In terms of business and the economy, Xavier Bertrand says he believes the situation can be win-win for both sides if they put the right strategies in place

Xavier Bertrand made the call at the recent Brexit conference at Le Touquet-Paris-Plage.

“We can’t speak of that fresh start yet and there are a certain number of conditions for this to succeed,” Mr Bertrand said.

He said, though, that the future relationship deal had “avoided catastrophe” and that “fluidity” had been preserved at the border, “even though we have re-established checks”.

This was despite an initial “collapse” in cross-Channel trade at the start of the year which, he said, was particularly linked to Covid.

Mr Bertrand reminded French firms that the UK is not putting in place checks on arrival before next January, and said they must prepare for that.

In terms of business and the economy, he said he believes the situation can be win-win for both sides if they put the right strategies in place.

He is pressing the government to create zones with special tax advantages in the Calais area and Dunkirk port to attract new business investment.

“The deal doesn’t resolve everything – some find it minimalist. It was important to have it, nonetheless,” he said.

Mr Bertrand said he is now calling for a renegotiation of the Le Touquet accords, which regulate how France and the UK deal with illegal immigration and mean border checks for both sides are on the French coast.

He said it is causing undue pressures in the local area and causing it to be a focus for human trafficking networks.

They would like the UK either to move its border back to its own territory or to negotiate new rules for the common border in France, he said.

Dover-Calais is vital for commerce and we need to redefine the status of the port and of the tunnel, he added.

“That should be put in place in the context of a very wide-ranging deal of Franco- British cooperation.

'We must not punish the UK for leaving... the UK is our friend and neighbour and remains a European power even outside EU'

“It is urgent to organise a new France-UK summit.

“This UK-EU, UK-France relationship is suffering from divergences on many areas – border checks, migration, Eurostar sometimes…They are stumbling blocks in a relationship that I would like to see healthy and peaceful.

“The future relationship deal is a starting point, not the finishing line.”

He added it was important to resist the idea of “punishing the UK for leaving”.

“The UK is our friend and neighbour and it remains a European power, even outside the EU,” he said.

Mr Bertrand said positive developments this year include new transport links: a freight ferry line between Dunkirk and Ireland; a new company – Irish Ferries – which is to start a Calais to Dover service, currently planned for next month; and a new DFDS freight service from Calais to Sheerness at the mouth of the Thames.