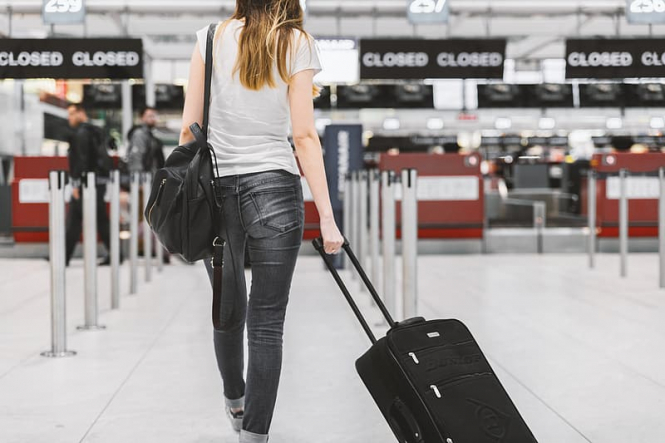 The comments came during a debate in the Lords over the UK’s Immigration Bill.

The peers also considered an amendment aimed at ensuring the UK government does not in future use any powers in the bill to make new regulations which alter the commitments of the Brexit Withdrawal Agreement deal.

This amendment had been lobbied for by the British in Europe (BiE) coalition of campaign groups, along with one which would allow in future British expatriates in the EU with close family members of European nationalities, to return to the UK without a means test.

The latter amendment was not debated yesterday but will be returned to when the peers debate the bill again tomorrow. They are in a ‘committee’ session, considering amendments to the bill which was already passed by the House of Commons earlier this year.

The Immigration Bill formally ends free movement of EU/EEA citizens to the UK so in future they will be treated like arrivals from anywhere in the world under a new ‘points-based system’ favouring young, highly-qualified workers.

BiE believe it is unfair to apply this retrospectively to Britons already living in the EU and covered by the Withdrawal Agreement, especially as European citizens in the UK will not face similar problems if they return to their countries of origin.

Baroness Bennett (Green) said: “Today marks another step in the robbing of rights from millions of Britons that they were born with and the removal of rights for future generations. “Clause 1 of this bill [which formally ends EU free movement rights relating to the UK] is a key step by which freedom of movement for Britons and to Britain ends.

“I believe we should not allow the destruction of rights and freedoms for Britons to pass unmarked.”

She said she recalled a rally in Brussels at which she had met “lots of Britons who had come from across the continent to talk about how freedom of movement had changed and improved their lives.”

In particular, she thought of a woman from a “very poor area of England and from a family with few financial resources”, who, “when her life in the UK had not worked out… had moved to several European countries over the years, built a couple of different careers and made a full, interesting, varied life for herself.

“She had bought a cheap coach ticket, shifted across a continent and found opportunities, interesting experiences and a comfortable place for herself in the world.

“The wealthy have always been able to do this and, no doubt, will always be able to. Many an aristocrat set out on the Grand Tour and, by choice, never came home. Many a black sheep from a wealthy family snuck off to the continent and rebuilt their life away from scandal.

“The arrival of freedom of movement meant the chance for everybody to exercise that freedom to seek the opportunities, the experiences, the enhancements of life that change can bring and the chance to meet new and different people, learn a new language and find a different culture, environment and way of life.

“Making that opportunity available to all was a huge step towards balancing inequality, and now it is being wiped out.”

She added: “It has also been a safety net. British builders escaping the deprivations of 1970s Britain in Germany became a stereotype, but it was a fact. In our shock-ridden, insecure and unstable world, how vital might that right have been to many in the future?”

Are rights of Britons already living in EU safe?

Referring to claims that new UK legislation (the Internal Market Bill) to be introduced tomorrow (Wednesday September 9) could alter parts of the Brexit Withdrawal Agreement – also raised by several of her colleagues – she said freedom of movement rights of Britons already living in the EU by December 31, 2020 should be safe within those countries, “unless by tearing up the  WA signed just eight months ago, Boris Johnson puts into question the rights of 1.3million Britons who thought they were secure through their existing residence in the EU.”

Baroness Ludford (Lib Dem) said: “I very much regret the end of free movement rights. This has often been presented as a one-way system, as if it applied only to nationals of other EEA countries inward to the UK, but it has of course been a two-way system, and something over 1 million UK citizens have taken advantage of: their free movement rights to live, work and settle in other EU and EEA countries.

“It allowed lots of people who were not particularly well off to take advantage of EU rights to move, live and work abroad — it was democratised."

Baroness Ludford said she feared in future there could be resentment by other Britons towards those who are lucky enough to have an EU citizenship. She had recently found that she had the right to Irish citizenship by family links.

She added: “There will also be people with means who will be able to move abroad. We know that it is possible to buy so-called golden passports in some EU countries. There are also investor visas. One way or another, it is not going to be the rich who will be affected by the grab of free movement rights."

Lord Adonis (Labour) said: “The big issue when we leave the EU is that the rights we take away from EU citizens are liable to be taken away from British citizens in respect of travel, work and study on the continent… these are essentially reciprocal.”

He recalled that from next year Britons will be subject to the 90 days in 180 days rule for visits to the EU and are likely to need visas and permits for work and study trips.

Pension rights of Britons abroad must be protected

Debating amendments related to the future protection of the WA, Baroness Hamwee (LD) said the most important point to be protected for Britons covered by the deal was their pension uprating and the continuing access of pensioners to S1 health forms.

A junior pensions minister, Baroness Altmann (Con), who supported the amendments, noted that “lately the possibility has arisen that the government are not satisfied with the WA in some way, having signed it recently in good faith”.

However she said she hoped the government would on the contrary be “able to reassure the House that there is no intention of trying to override the WA in any way”.

She added that she hoped Britons living in the EU could be reassured that their rights will be protected as intended by the WA, and that no powers under the bill will be used to make provisions that are inconsistent with it.

One amendment relating to the protecting the WA was moved but then withdrawn. Another may be considered tomorrow.