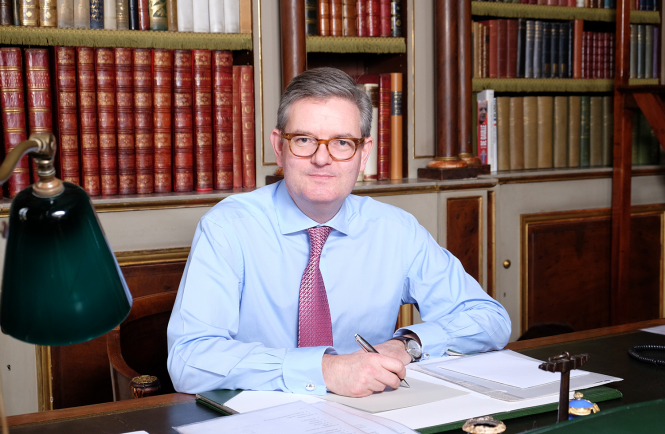 European Commission president Jean-Claude Juncker is considering what portfolios might suit him but, as yet, the role has not been officially confirmed. Sir Julian took up his ambassador role on February 1 but has long associations with France, having attended the auspicious ENA school (the main centre of education for France’s political elite) where he met his wife whom he married in the south of France. In the meantime, Sir Julian - a francophile who has had a home in the Gers for some time - remains the UK’s ambassador and agreed to answer our questions following the referendum.

What feedback have you had from Britons after the vote and do you have a message for them?

It is clear that the British community in France, as elsewhere, understandably have questions about what the referendum result means for them. We want to do our best to clarify. The key point for now is that there are no immediate changes in circumstances. Nothing has changed or will change overnight.

In due course the government, led by the new Prime Minister, will take forward negotiations to decide what our new relationship with the EU will be. During these negotiations, ensuring that rights of British nationals living in European countries are properly protected will be a top priority for the government – and Theresa May has already underlined that point. Advice and information for Britons in Europe is available online here

What about your partners in the French community ?

It has been a busy few weeks for the embassy. Our partners recognise that the outcome of the referendum reflects the will of the British people and needs to be respected and delivered. The other key point that I’ve heard again and again is about the enduring strength of the relationship between Britain and France. There can be no stronger reminder of that than the very moving commemoration of the 100th anniversary of the Battle of the Somme, led by Prince Charles and President Hollande, on July 1, which I was privileged to attend.

At times like these that kind of perspective is important. But our relationship isn’t just about the past, it is about our shared future – and like us, our French partners value our long-standing cooperation, including in areas such as security, defence and countering terrorism. So I’m sure that our bilateral relationship will continue to be just as important, if not more so, following the referendum.

Is there an impact on FrancoBritish business relations?

The fundamental point is that Britain is one of the strongest major advanced economies in the world - with one of the most business-friendly environments, a talented work force and advantages of language and infrastructure that set us apart. None of that has changed. So we remain open for business and investment. France is the fourth largest market for British export; the UK is France’s fifth, and there are extensive investments both ways.

What is your role as ambassador in all this? You formerly supported David Cameron’s message that Britain was better off in the EU - will it be challenging to change to support the Brexit view?

The role of an ambassador, indeed the role of the civil service as a whole, is to represent and deliver the government’s policy. That’s what we did in the run up to the referendum. Following the clear decision of the British people to leave the EU and to set a new direction for the country, my team and I will support the government, and the new Prime Minister, in taking this forward. That’s democracy and I am proud to represent a country that can have those kind of mature debates – indeed with over 33 million people voting this was quite an extraordinary democratic exercise.

Will the Brexit vote have an effect on embassy/consulate staffing and funding?

The fantastic teams here in France, including consular services, have a crucial role to play in supporting the government. Our work to enhance the Franco-British bilateral relationship is as important now as ever following the referendum result.