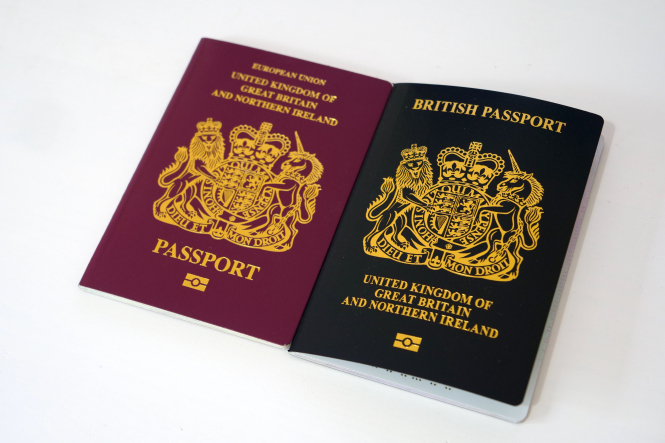 Ongoing reports of stamping of passports of British residents in France has revealed a difference between French custom regarding stamping and EU 'best practice' advice following the Brexit Withdrawal Agreement deal.

The Connexion was advised last year by a European Commission source that EU member states had been briefed that passports of Britons covered by the Withdrawal Agreement (ie. living in EU countries before the end of 2020) should not have their passports stamped.

The commission also told The Connexion it was updating its Practical Handbook for Border Guards to include guidance on WA Britons, including this point and that states had also now been issued with additional information about how to identify WA Britons who do not yet have one of the new residency cards.

Passport stamps, done on entry and exit, are notably used by border guards to check that a visitor is not overstaying their rights to remain in the Schengen area (ie. no more than 90 days in any 180-day period).

Despite this, starting this year, there were reports from a number of EU countries, including France, that many Britons were having their passports stamped, whether or not they showed proof of residency. Many readers have emailed The Connexion regarding this.

The British in Europe coalition of groups raised concerns over the matter, saying it appeared national border guards were not aware of the new arrangements.

The British Embassy in Paris also said it was investigating the situation and speaking to the French government. It said the ‘general rule’ was that UK nationals and family members would not have passports stamped if they could prove residency in an EU state before 2021 and that they still live there.

“However, your rights in France will not be affected if your passport is incorrectly or unnecessarily stamped,” the embassy stated in a Facebook post. “It will also not affect your ability to apply for a Withdrawal Agreement residency permit as long as you can demonstrate that you were settled in France by December 31, 2020.”

In a bid to clarify the situation, we asked the European Commission if any other non-EU foreign nationals who are residents of EU countries have their passports stamped.

A spokeswoman said: “Stamping is used to calculate the length of short stay and is therefore not required for residence permit holders, whose stay is not limited to 90/180 days in the member state who issued the residence permit.

“However, some member states may stamp passports of holders of a residence permit issued by the same member state if this possibility is expressly provided by national law.

“In any case, this practice can never put into question the right to reside in the host member state.”

We asked Paris-based immigration lawyer Raymond Cujas what France’s practice is for passports of non-EU nationals in this respect.

He said: “The French border police stamps foreigners’ passports if they enter France when they enter directly without passing via another country of the Schengen area.”

Our EU Commission source further clarified then that while “as a rule” passports of WA Britons should not be stamped, it is possible for states to stamp these Britons’ passports where they have national laws in place allowing stamping passports of non-EU citizens to whom they have issued residency cards.

If, however, WA Britons can provide evidence that their passport was incorrectly stamped, "the stamp can be annulled by the border guard", the source said.

We note that on studying the Practical Handbook for Border Guards, this document states that it does not create any “legally binding obligations on Schengen states (but) lays down guidelines, best practices and recommendations”.

“BiE has compiled a list of stamping cases across the EU which we will share with the EU Commission and the British Foreign Commonwealth and Development Office.

“There is, however, a discrepancy between the guidelines in the new Annex 42 to the Schengen border handbook which state that passports should not be stamped, and rights that member states apparently have under national law to stamp passports even of UK citizens who are beneficiaries of the WA.

“We expect the UK government and the EU Commission to raise this with the member states at the next meeting of the Specialised Committee on Citizens' Rights and to agree a way forward.

“WA Britons also need to know what their remedies are should they find themselves subject to third country national immigration restrictions as a result of stamping.”

We asked the French Interior Ministry if they can clarify if Britons passports may be being stamped because of the general French rule on non-EU passports, and whether in this case previous passport stamps would be ignored by border officials on presentation of proof of residency. However we were then contacted by a spokeswoman for the Police Nationale, which includes the border police, who said they did not wish to comment on this point.

We note however that when the website was launched for Britons to apply for a new residency card, it was stated at an Interior Ministry online briefing that Britons could keep a copy of their attestation email of having applied so as not to have their passports stamped.