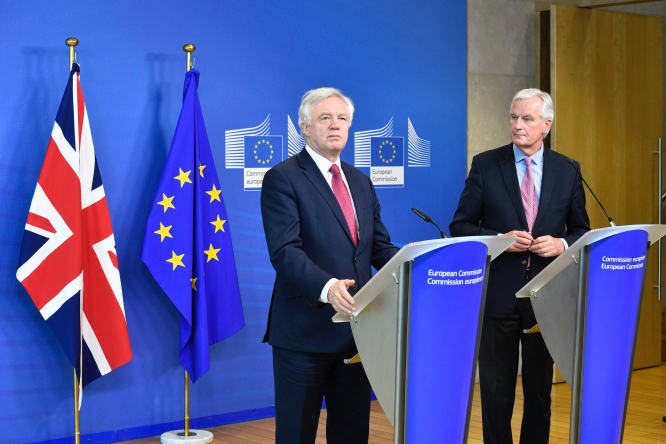 Britons arriving in EU countries such as France during an 18-month transition period after Brexit will enjoy the same rights as they would have if they arrived before March 29, 2019.

The EU27's chief negotiator Michel Barnier said there had been “complete agreement” on future citizens’ rights and the financial settlement, as well agreement on a transition period after the UK leaves the EU in March 2019.

“We agreed that British citizens and European citizens of the 27 who arrive during that transition period will receive the same rights and guarantees as those who arrived before the day of Brexit,” he said.

The agreement on citizens' rights came as part of a much wider deal following a weekend of intensive talks in Brussels. It represents something of a climbdown for the UK, after Prime Minister Theresa May's public insistence that EU citizens arriving in the UK during the transition period would not enjoy the same rights.

The draft bill, colour-coded to highlight areas of agreement, progress and where more talks are needed, is available here

Mr Barnier said both sides had agreed a “joint legal text which constitutes a decisive step because we were able ... to agree, and after all those days and nights of hard work, on a large part of what will make up an international agreement for the ordered withdrawal of the United Kingdom”.

At the joint press conference, Brexit Secretary David Davis said the UK will retain the benefits of the single market and customs union for “near enough to the two years we asked for”, albeit while losing its role in any decision-making institutions.

While both sides welcomed the agreement in principle, there remain a number of issues that are still up for discussion, including the Irish border - though, for now, the so-called 'backstop solution' - which includes full regulatory alignment with the EU - must form part of the legal text of withdrawal agreement. Detailed talks on Northern Ireland will take place in coming weeks.

The transition period is expected to end at midnight on December 31, 2020. Britain had wanted the transition to last until March 2021, a full two years after Brexit.

In a concession to the UK, it has been agreed that Britain can negotiate trade deals with non-EU states during the transition period, however they could not come into force until the end of the period.

Expat rights campaigners from British in Europe coalition have pointed out that it remains the case that 'nothing is agreed until everything is agreed' - ie. if the full deal is not signed off later this year then everything agreed for expats will also be lost.

They add that the text agreed this week remains vague as to whether Britons abroad in the EU will retain full 'onward' free movement rights after Brexit, as campaigners and the European Parliament have asked for, or if their rights to live and work will be restricted to the countries where they currently live.