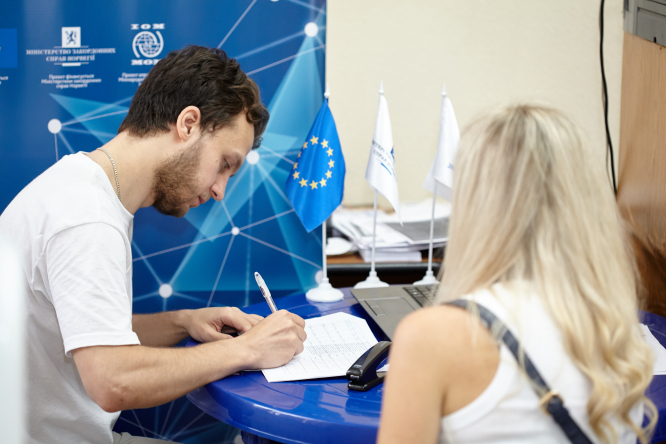 Organisations using UK state funds to help vulnerable Britons with Brexit red tape are having to rethink the ways they can help due to Covid-19.
They include an association that helps people set up residency and businesses in the south west and a United Nations partner agency.

So will the Inter­national Organisation for Migra­tion (IOM), a Swiss-based agency more commonly found helping migrants and refugees in poor conditions and war zones around the world. The latter is to focus on Brittany and Normandy.

Last year, the Foreign Office invited bids for part of a €3million UK National Support Fund (UKNSF) to help at-risk groups with the formalities to stay in the EU. Franco-British Network president Roger Haigh (left) said it will help people in the Dor­dogne and nearby areas, such as parts of the Charente and Lot-et-Garonne, to obtain the new “Brexit deal” cards for which an online application portal is set to open in July.

It will not provide “overall” assistance with people’s general situation, he said. It consists of a committee of bilingual professionals from the area.

“We didn’t believe it was possible to help countrywide,” Mr Haigh said. “You need a relationship with prefectures and chambers of commerce and it would need a huge organisation. So we are keeping to what we know we can do. And there is a huge population of Britons in this area.

“The UK fears there could be people who don’t feel confident in their ability with IT, and it will be important to have the card because the time will come when it is an obligation and people can’t just go home.”

He and his team planned to start with information meetings in the Dordogne’s main towns for around 250 people, after which they would have sought to identify those who need one-to-one “hand-holding” help.

This is now inappropriate due to the lockdown, he said.

“We are having to reflect again on our approach. The meetings will have to be replaced.

“Most likely, we will post a video, followed by Q&A session. In any case, we were going to provide information online and that’s not going to change.”

He is liaising with the British Embassy. “It’s important not to miss people. Some vulnerable people may not have internet or be capable of using it.

“But at present we don’t know how long the pandemic will last. We are looking at ways to avoid needing face-to-face meetings.

Mr Haigh said they are planning to reach isolated people with leaflets in mairies and by liaising with social clubs. “Word of mouth will be important.”

They will not start offering help until they have further information about the new portal and what documents will be needed.

“We are lobbying for more information. I don’t want to add to fears because we don’t look ready or to have an influx before we can give clear answers.

“Once we have that, the system will be working at full blast.”

The IOM will help in Brittany and Normandy, which it picked with help from the British consular network due to the large British population there.
It will have two full-time staff in Saint-Brieuc. They are ready to start, but “we are stuck in our implementation due to the lockdown”, a spokeswoman said. If the situation improves, they may start in around a month’s time.

The IOM also plans have outreach meetings, to liaise with mairies and British associations, and to give direct help, especially to those who are disabled, ill, or have language difficulties or lack IT skills. More information will be posted at iomfrance.org.

The focus will be on the new cards, but they will be able to advise on issues such as driving licences, healthcare or pensions.

The spokeswoman said the Brexit context is new, but helping vulnerable people secure residency is a key part of IOM’s job.

The embassy and consular service will work with the new bodies to reach the most vulnerable, who could include residents in retirement homes with dementia and other illnesses.