University plans on hold as Brexit raises fees by €9,000 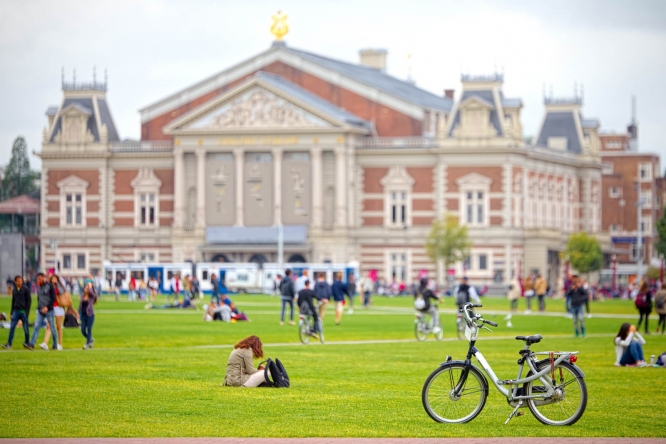 'It's not just the extra €9,000 that has stopped her, it’s also that she can’t leave France before she becomes French' explains Amelie's mother, Suzy Kefford Pic: arkanto / Shutterstock

The mother of a British teenager who has been forced to put her plans to study in the Netherlands on hold due to Brexit advises other families to plan ahead to avoid the same.

Suzy Kefford, from Alpes-Maritimes, said she was delighted when Amelie, 18, was accepted to study communication science at the University of Amsterdam this September.

The school is rated as one of best in the world for the subject and fees were a reasonable €1,084 a year – or so she thought.

She has since discovered that enrolling post-Brexit as a British citizen would instead cost €9,916 per year.

As a non-EU citizen, her daughter will also require a student visa to study there.

Amelie, who has lived in France since she was a baby and has done all her schooling here, has now applied for French nationality through her brothers, both born in France and with French citizenship.

However, she has been told the process will take up to 18 months, which is nonetheless a ‘fast track’ compared to those with no family links. Ms Kefford said the University of Amsterdam course had seemed to “tick all the boxes”.

She said: “It meant Amelie could get an education in her native language [English] without getting into considerable debt, as she would have if she had chosen to go to the UK.

“She also feels more European than British, and can imagine living in a European city far more easily than in Britain, where she has spent little time.”

The family moved to the south of France in 2003, when Amelie was just months old. “I knew that to pay the much more affordable fees of €1,000, Amelie would have to have her French nationality, but I naively thought it would be a simple process, as it had been for my two sons,” she said.

Amelie’s brothers, 14 and 16, received their French nationality when they turned 13. As they were born in France, she said all they had to do was show proof that they were educated continuously in the country from the age of eight, attend a court hearing and swear before a judge that they wanted to be French.

“It was so easy and I assumed, wrongly, that it would be as easy for Amelie,” she said.“I sent off her dossier in January. It was returned, saying she had to be 18 to apply [under the rules for the sister of a French person].

“The day before her 18th birthday, in June, we resent the dossier and were told it would be up to 18 months for her to get an answer. The real sticking point was that if she leaves France for longer than six months at a time, her application will be null and void.

“So it’s not just the extra €9,000 that has stopped her, it’s also that she can’t leave France before she becomes French.” This is due to a requirement to prove that France is the place where you have lived ‘habitually’ since the age of six, under the ‘brother and sister’ rules.

Ms Kefford said Amelie could also have become French if she and her husband had thought to apply for French nationality after the 2016 referendum, but they were not thinking ahead to university plans at the time.

Amelie said that getting her French nationality was too important to risk starting her course this year.

“I feel very French, and am pretty certain that I want to live and work in France after my studies. However, I want to study in Holland because the course is world class and I will be more employable afterwards.

“I am in a Catch 22 situation – I can’t leave because I risk jeopardising my application even if I could afford the extra €9,000 a year.

“I’m frustrated but I will make the best of this year and get some work experience under my belt. I just hope I get a decision by next September.”