Visitor visa for France: How do we prove we own our second home? 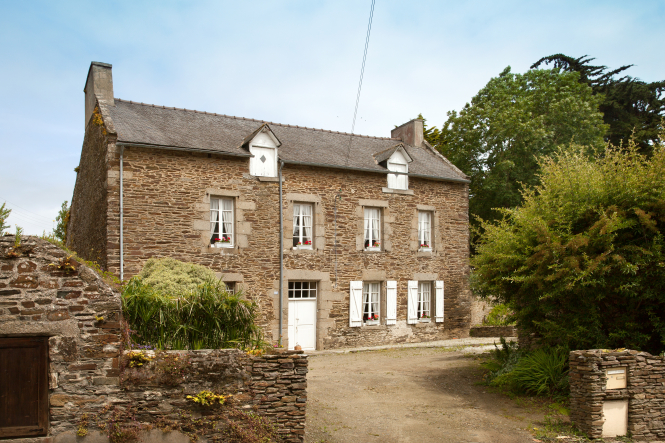 Second-home owners applying for visas should be prepared to prove ownership of their French home Pic: Juli Kuznetsova / Shutterstock

We want to apply for a six-month visa to spend more time at our French second home. Will we have to take in the title deeds to prove our ownership?

Part of the process for applying for a visa de long séjour temporaire ‘visiteur’ (temporary long-stay visitor’s visa) is a requirement to prove where you will be living in France.

Applying for these is now the main option for British second-home owners wanting to spend more than three months in one stretch at their French property.

For those renting, the accommodation proof would be the rental contract, or those staying with someone else could provide a signed statement by the host confirming they live in France and are inviting you to stay at their address.

Second-home owners will have to provide proof that they own their home in France.

Apart from ticking the ‘proof of accommodation’ box, this will also usually allow for more flexibility in the means-test element of the application, as you are assumed to have fewer costs than, for example, someone staying in paid-for accommodation.

French title deeds (acte de vente) would be one way of proving this, however those applying for visas have to attend an in-person meeting at TLS Contact in London, Edinburgh or Manchester with supporting documents and copies of these and the acte de vente is a weighty document.

A handy alternative to prove that you own your French home would be the attestation de vente that notaires supply on completion of a property sale.

This certifies on a single page that the named property has been sold by a named seller to a named buyer on a certain date, for a certain amount.

One reader who recently purchased a French home and obtained a French visa in the context of a move to France confirmed that she supplied the notaire’s attestation (she in any case did not yet have the final deeds) and this was accepted by the consular officials as proof of ownership.

English-speaking notaire Guillaume Roques from SCP Latour-Pelisson notaires in Périgueux confirmed that this would be suitable and added that if you no longer have a copy of this, it remains possible even many years after an acquisition for a notaire’s office to provide an attestation justifying that the person is still the owner of their property.

He said this could be sent by email if the notaire is certain that the email belongs to the owner. This could be done if necessary by providing a passport copy and a phone number allowing them to check on this, he said.

Notaire François Trémosa of Trémosa - Leschelles & Associés in Ramonville Saint-Agne, Haute-Garonne, also stated that "it is very common that clients ask for attestations de vente to show to such and such a body (their insurers in case of a disaster, etc), so it is perfectly doable, and easy".

Another document which is likely to help prove ownership would be your last avis d’imposition statement for the property owner’s tax, taxe foncière. These have been issued recently for those who owned a French property on January 1, 2021.

Note that those with an account at impots.gouv.fr you can print your latest bill for this tax from your online personal space.

Anyone who pays income tax to France, for example due to renting out their French property from time to time, is likely to have an account on the site.

However, this information page for non-residents states that you can also have an account ‘whatever tax it is that you are subject to’, which implies it is also possible for those only paying the local property taxes, taxes foncière and habitation.

People who do not have an account can request one by visiting impots.gouv.fr and clicking Votre espace particulier. A person’s French tax number is a key element required, but those who do not yet have one can click Vous n’avez pas encore de numéro fiscal, for more about obtaining one.

The numéro fiscal is usually prominent on the first page of avis d’imposition statements for French tax, including the property taxes and income tax.

What income must Britons show for a six-month visitor visa for France?

Visitor visas for British second-home owners in France: How often can you apply for one?

A guide to the temporary long-stay visa for France, and how to apply