Cookie Consent by FreePrivacyPolicy.com What no Ehic will mean for British home owners in France French News and Views in English | The Connexion
16 may 2021
Classifieds Currency exchange Newsletter
Login Register BASKET
Facebook Twitter 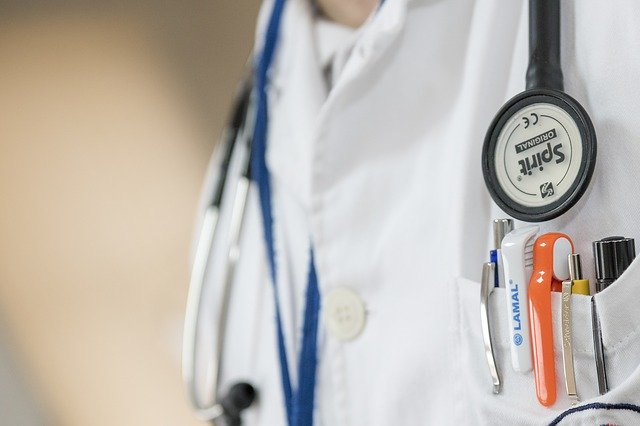 With less than six months until the end of the Brexit transition period, the UK and the EU have not finalised any agreement on the UK’s continued involvement in the bloc’s European Healthcare Insurance Card (Ehic) scheme, or an equivalent arrangement.

Both sides have in principle stated their interest in continuing mutual arrangements for travellers’ healthcare, to be negotiated as part of the ongoing ‘future relationship’ talks. However no progress is reported on this area.

Failing an EU/UK agreement on this British residents coming to France from January 1 would not have healthcare rights.

This means it looks increasingly likely that British citizens with a second home in France will need to look for other forms of health insurance.

What is an Ehic?

It is a free card that gives holders access to “medically necessary, state-provided healthcare" during a temporary stay in any of the 27 EU countries”, according to the European Commission’s website (it also applies to Iceland, Liechtenstein, Norway and Switzerland).

It is commonly used by British people travelling to France for short- to mid-length stays.

The cards afford the holders the same right to funded healthcare as a resident of the EU country they are in, subsidised by their home country.

However the cover offered by Ehics is for essential medical treatment and many people also take out travel insurance which includes medical elements that are complementary such as mountain rescue, repatriation in the case of an emergency and private medical treatment.

These travel policies currently factor in the fact that Ehics are freely available for standard healthcare requirements.

What will happen after the Brexit transition period?

The UK’s National Health Service website notes that there are certain cases where British citizens will still be able to use the Ehic.

It will also be possible if you are a ‘frontier worker’, which means someone who works in one country and lives in another and are in that position before the end of this year. Finally, EU nationals living in the UK before December 31 will still be able to benefit, the NHS says.

If you do not fall into any of these categories, then from 2021 the Ehic will no longer be valid, unless the EU and UK come to an agreement this year.

The UK government website is advising British citizens to buy comprehensive healthcare cover before going on holiday in 2021. The point is made in the ‘UK’s new start: Let’s get going’ Brexit campaign that launched this week.

For anyone with an existing travel insurance policy, it will continue to be valid from January 2021.

For any British residents looking to stay in France from January 2021 and still be covered by insurance, the only option at the moment will be to take out private health insurance and anyone looking to make a trip to France early in the year would be well-advised to seek quotes.

This could be a policy for a specific trip, or an ongoing policy which could offer better value if you expect to spend a large amount of time in France (bearing in mind the limitation from 2021 of not spending more than 90 days in France in any 180-day period).

Note that the price of such policies does factor in your state of health and those with pre-existing conditions may find these add significantly to the cost, or that they are excluded from the policy.

Laura Dawson, the communications adviser at the Association of British Insurers, a trade association made up of insurance companies in the United Kingdom, said that travel insurers are preparing for an end to Ehic.

“Whilst travel insurers will of course be aware of the risk of Ehic coming to an end, we know that the UK government are looking to agree “arrangements that provide healthcare cover for tourists, short-term business visitors and service providers” as set out in a legal text published by the Government,” she told the Connexion.

She pointed out that the UK has reciprocal healthcare arrangements already in place with other countries, for example Australia.

If the UK leaves the transition period with nothing agreed on travellers’ healthcare, it is conceivable that the UK and EU will still reach an agreement on this at a later date. Alternatively, the UK might sign a social security convention with France, including provision for travellers’ healthcare.

However where these exist with non-EU countries, they typically are not as favourable as the Ehic and do not include treatment for pre-existing conditions.

Read more about Brexit and healthcare

If you are interested in finding out more about how healthcare works in France you can check out our handy help guide here, or for more information on Brexit, have a look at our guide here.