‘No need to panic over rights of Britons in France’ 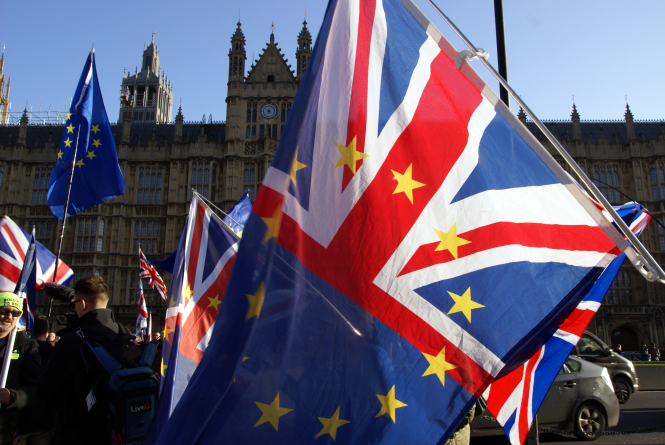 It comes as European Commission Vice President Maros Sefcovic heads to London today to meet British cabinet minster Michael Gove for an extraordinary meeting of the Joint Committee that oversees the Withdrawal Agreement (WA) deal – and as Britons in France get ready to apply for special WA residency cards from October.

Amid rising concerns that a new British bill seeks to override certain parts of the treaty concerning the Northern Ireland Protocol, The Connexion spoke to Anton Spisak from the Tony Blair Institute for Global Change think tank, who worked as part of the UK’s Brexit negotiating team until spring this year, in particular on the Northern Ireland Protocol. Campaigners and commentators – as well as peers in the House of Lords – have expressed concerns that Britons rights under the WA, such as uprated pensions and healthcare, could be at risk.

Earlier this week Mr Spisak wrote a detailed series of tweets explaining what could happen next if the UK’s law is in fact found to have broken the WA treaty – a process of discussion, arbitration and possible legal action would occur and the treaty would not suddenly come to an end.

Amid all the noise, let's take a look at what would actually happen if the UK were to legislate contrary to its international commitments in the withdrawal treaty. What would be the consequences? (THREAD)

The European Commission’s Brexit press spokesman also told The Connexion there are “robust enforcement and resolution mechanisms” provided for.

On one hand, Mr Spisak notes, the treaty has direct effect in the UK’s legal system, so someone could take action against the new law in the UK’s courts.

Firstly, however there would be an attempt to find a political solution in the Joint Committee. If that fails, either side may ask for an independent arbitration panel to consider the issue. This panel can in turn refer to the European Court of Justice (ECJ) for clarifications on points of EU law.

Finally, the EU could also take infringement action against the UK in the ECJ, which would probably have to wait for a real example of UK ministers using their new powers under the act.

Mr Spisak said following publication of the Internal Market Bill yesterday, it is “pretty clear” that it would break the treaty if adopted by Parliament, in, as the UK’s Northern Ireland Secretary Brandon Lewis said on Monday, certain “specific” ways. Notably it would give British ministers special powers to override the WA with regard to certain aspects of the Northern Ireland Protocol.

However he added, regarding rights of Britons in the EU: “If the EU was to retaliate, section two of the WA, on citizens’ rights, is protected, so no retaliation can happen relating to that. If the EU did that then it would, itself, be in violation of the WA.”

The only danger to citizens’ rights would be if the situation ever became so serious that the whole treaty collapsed, he said.

“If it didn’t only break part of the agreement, but denounced the treaty, that is the most serious thing that could happen,” Mr Spisak said. “Normally this would involve it giving notice to the EU that it wants to withdraw from it.

“In that case all the commitments made by the two sides would fall away as a matter of law and we are back to square one.”

It is however possible that if the government acted “outrageously” with regard to the treaty – such as by refusing to pay the financial settlement, or entirely scrapping the arrangements for the Northern Ireland border – then this might be taken as a de facto denouncement.

“Immediately though, there’s no threat, as it doesn’t seem that the government wants to denounce the treaty," Mr Spisak said. "They have said they are committed to it. And there is even less threat to the citizens’ rights part of it, so people shouldn’t be concerned.”

In the case of a continuing dispute over a specific aspect, as in the current controversy, he said he would expect the parties to find a solution eventually, assuming both want to retain the WA deal.

“Ultimately it will have to be resolved politically at some point. It would be a serious breach of the treaty, so the UK and EU would have to find some political solution to it.”

As to retaliatory measures that the EU could potentially apply, since the scope of the WA itself is narrow, they could well include matters outside it, for example the access of British financial firms to the EU market, or the EU’s recognition of the UK’s data standards.

Mr Spisak said it is impossible to predict what the UK would do if the future relationship talks end with no deal this year. However there is no reason why the WA cannot stand alone.

“We would hope that it would remain committed to the WA, but we’ll just have to see what happens in the next few weeks.”