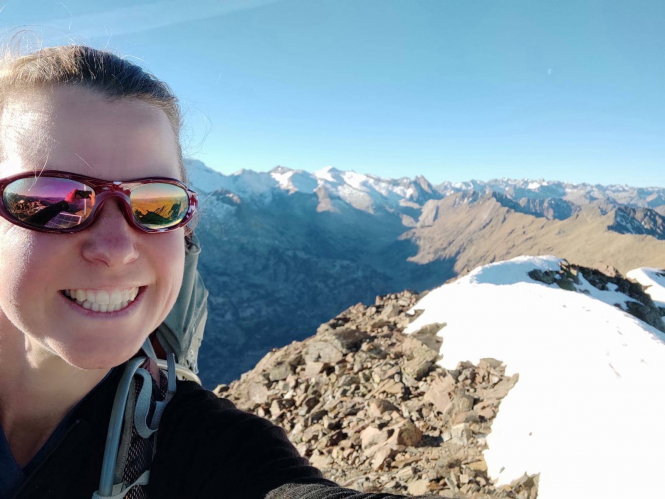 A British woman has gone missing in the Pyrenees on the French-Spanish border after failing to return from a four-day solo hike.

Rescue services and police in Luchon, Occitanie, are searching for Esther Dingley, who is 37 and originally from Durham in the UK. Ms Dingley is a long-time traveller and regular solo hiker, and has spent the past six years living and travelling in a van with her British partner, Dan Colegate.

She set off on a solo trek in the Spanish Pyrenees on Sunday November 22, and had been due to cross into France, and return home on Wednesday November 25, but has not been seen.

The last time she spoke to her partner was via the messaging app WhatsApp on Sunday 22, when she sent a photo of herself at the top of the Pic de Sauvegarde on the French-Spanish border, at around 16:00.

Mountain rescue and safety service Peloton de Gendarmerie de Haute Montagne (PGHM) Luchon confirmed in a Facebook post that it was now “actively searching” for Ms Dingley. Helicopters and dogs are being used.

The areas prioritised are those that Ms Dingley had planned to visit during her hike, including between the Port de la Glère and the Port de Vénasque. The experienced walker began hiking from Benasque in Spain, and had planned to stay at the Refuge Vénasque on Monday night, her partner said.

There are fears for her safety due to temperatures dropping and light snowfall in the area. On previous hikes, she had sometimes fallen out of phone contact and not been in touch for a few days, Mr Colegate said, but this was much longer than usual.

He told the BBC that he was “broken and shattered” by her disappearance, and said: “This is not looking good.”

PCHM Luchon called on people to share its alert, and said that anyone who had seen or met the walker to call PGHM de Bagnères de Luchon on 05 61 79 28 36, or to call the emergency number 17.

It is unlikely that many people will have seen Ms Dingley, however, as the mountains are less busy than normal due to lockdown.

The post asked for people to “not comment” on the fact that Ms Dingley was technically breaking lockdown rules in embarking on her trip.

Outdoor exercise is currently limited to just three hours within a 20km radius of your home, under the current limits.

The Facebook post said: “This message has one goal: To save human life. We understand that emotions may run high about this behaviour during a period of confinement, but please do not comment on this issue. We are facing an emergency situation.”

Mr Colegate had been staying at a farm in the Gascony area while Ms Dingley completed her trip. The two were due to meet up again after Ms Dingley’s hike, which was set to be her final solo adventure after a month away.

In their last conversation, the couple spoke about "how excited we were to see each other as this was her last trip before driving back".

The weekend that Ms Dingley set off, the couple’s travels had been documented in a BBC article about why they decided to begin travelling in a van full-time, after Mr Colegate nearly died from an infection.