Brittany Ferries: ‘We may not survive UK-France quarantine’ 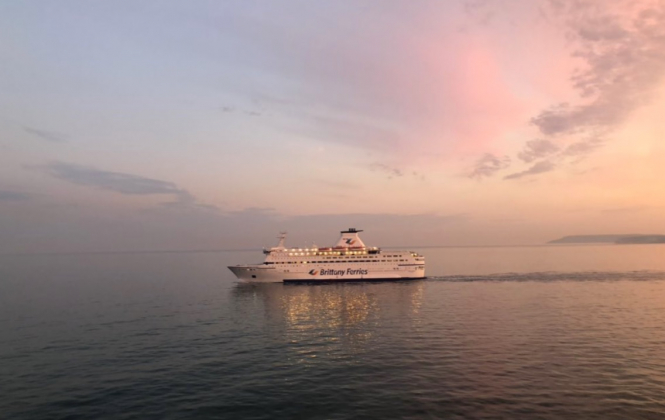 French firm Brittany Ferries is the biggest passenger transport company operating routes between France and the UK, and is also the sector’s biggest employer.

Now, its director general Christophe Mathieu has said that the UK’s decision to reimpose a 14-day quarantine on all arrivals to the UK from France will have serious consequences for the ferry company’s operation and success.

Speaking to news service FranceInfo, Mr Mathieu said: “This is a sledgehammer blow. We already did not have enough passenger activity in the months of April, May or June. This weekend we were supposed to transport 5,400 passengers between England and France. Now, we will only transport 2,300.

“To give you an idea [of the problem], last year, for the same weekend, we transported 13,400. We thought that we would already be on 40% of the season [norm], but now the season will end with at least half of these reservations.”

Mr Mathieu said that the problem would only worsen if France decided to impose its own reciprocal quarantine on arrivals from the UK, too.

He said: “If France announces that British people need to self-isolate or quarantine when they arrive in France, then we fear that the entirety of our bookings will disappear.”

Mr Mathieu added: “That is why we are lobbying hard with our regional colleagues for [the French] Government to drop reciprocal quarantine plans. If such measures are implemented it would be an exercise in self-harm for France [and] damage our business, as well as those of thousands of others in the regions we serve.”

Mr Mathieu explained that the UK's quarantine announcement was particularly damaging, coming after months of lockdown earlier in the year, and with no end date set.

He said: “We were already on our knees following the first period of confinement, which was already extremely critical.

“And here, with this announcement having no line of sight on how long it will last, and with no idea how long it will stay in place, we fear that from September and October, reservations may be very, very low in winter, until at least Spring 2021 - [and that is] if a vaccine or solutions are found.”

He continued: “The business has been extremely affected. We are on the point of saying that we may not come out of this without help.”

Mr Mathieu said the situation was especially galling, because before Covid hit, the company had been in good shape, and had had a plan for “what we want to do, [including] renewing the fleet”. But without outside help, this is very unlikely, he said.

He explained that the company had looked into government aid, particularly when it comes to ensuring its staff continue to be paid, but that it still needed to find solutions to “become competitive again”.

Mr Mathieu added that he was not sure if the government aid would be enough, and feared that the company’s drop in projected activity would not allow it to repay any government loans.

He said: “I do not think we will have enough [aid]. To be able to repay this debt, and continue to forecast for the company in the future, we are going to need more than loans. We will need help to pay back the debt, because the company’s business model will not stand for this debt.”

Brittany Ferries is especially vulnerable to disruptions in passengers, because it operates fewer cargo ships and freight traffic than its competitors, Mr Mathieu said.

He said: “[Our competitors, and British ferry operators] are in the same situation, but the problem is less severe for them, in the sense that they have a larger freight operation than us. For us, 85% of our activity is in passenger transport [in cars].

“Our colleagues at [competitors] DFDS, P&O and Eurotunnel have a lot more freight; they are about half freight, half passengers. And as freight has maintained [its traffic] and is continuing to hold, I think they will be relatively less affected compared to us.

“Movements between countries have been strongly affected.”

17 hours ago
5
What are the new Covid rules in France from tomorrow?