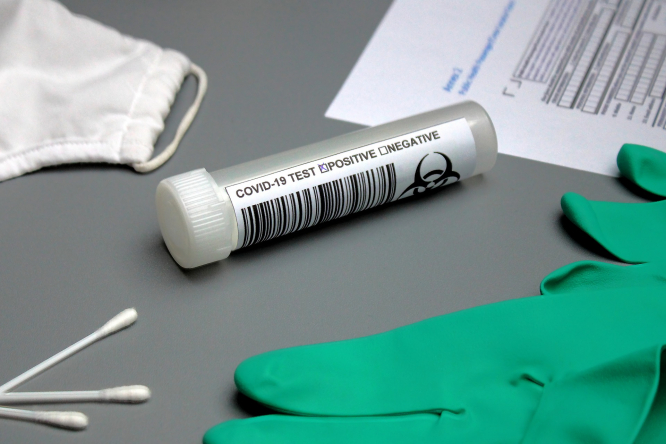 The proportion of positive Covid-19 cases in France found to be of the Brazilian or South African strain dropped from 5% to 4.7% of total positive cases in the past week
By Connexion journalist

The case percentage rate of Covid-19 variants that originated in Brazil and South Africa has dropped in France in the past week, while that of the UK variant has increased, new official figures published yesterday (March 25) show.

The average percentage of Covid-19 cases found to be of the Brazilian or South African strain decreased from 5% to 4.7%. These strains are combined into one figure.

At the same time, the percentage of positive Covid-19 tests in France detected to have been of the UK variant rose from 72% to 76.3%.

The variants have been detected in all regions of France but with disparities between departments.

The map below shows the proportion (in percentage) of cases estimated to be of the South African (20H/501Y.V2) and Brazilian (20J/501Y.V3) strains by department in France.

Several UK media outlets have reported that France looks set to be added soon to the UK’s travel red list.

Read our article on it here: Is France about to be put on the UK’s travel red list?

Being placed on the red list would mean that only UK residents could travel to the UK from France, with a few exceptions for those working in certain professions.

It would also mean that UK residents coming from France would be obliged to undertake a 10-day period of quarantine in a government-approved hotel.

UK Prime Minister Boris Johnson has said the consequences of such a decision would be significant but the prospect must be considered.

UK Labour MP Yvette Cooper said on Wednesday (March 24) that the biggest danger to the UK’s vaccine programme and ability to come out of lockdown is the arrival of new variants, especially the South African and Brazilian ones.

“Why have you not introduced additional measures or put France on the red list?” she asked the prime minister during a discussion in the MPs’ Liaison Committee, on which reports of red-listing are based.

The latest figures in France, published by health agency Santé Publique France (SPF), show that the spread of the Brazilian and South African variants has stabilised and is decreasing.

However, there are still far more cases of the variants in France than in the UK.

SPF has been monitoring variants of the SARS-CoV-2 virus in France since January 25.

In its latest report it states: “numerous variants of SARS-CoV-2 are currently circulating in the country, some of which are qualified as ‘variants of interest’ because their impact (in terms of transmissibility, virulence or their potential to escape vaccination immunity) justifies the implementation of specific surveillance and management measures at the national level, with the objective of containing their progression”.

The UK, Brazil and South Africa strains are all considered “variants of interest”.

The UK variant made up over 50% of positive cases in 94 of the 95 departments in metropolitan France and over 70% in 67 departments.

The worst affected department overall is Moselle, where 36.4% of positive Covid-19 cases are of the Brazilian or South African strain. This has dropped significantly in the past three weeks, from 54.4%.

In the UK, the total genomically confirmed and probable cases of the South African and Brazilian variants combined is 469.

The total genomically confirmed and probable cases of the UK variant in the UK is 155,529.

France is averaging around 30,000 new Covid-19 cases per day and just under 5% of them are thought to be of the Brazilian or South African strain, meaning approximately 1,410 new cases of these variants per day in France.

There are also approximately 22,890 new cases of the UK variant every day.

It means there is a much higher prevalence of the Brazilian and/or South African variants in France than in the UK but the new figures show this is starting to reduce.

Fact check: Is France about to be put on the UK’s travel red list?