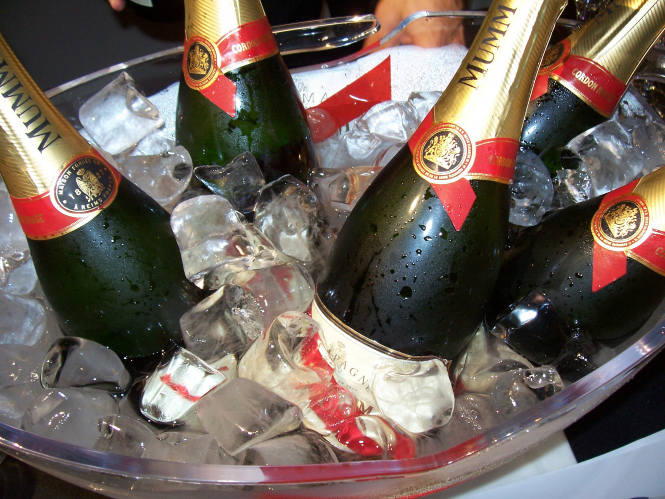 The village, with a population of 1,048 and 28 hectares of vines, makes a typically Swiss still white wine. It had even registered an Appellation d'Origine Contrôlée for it, which is a French standard to ensure quality.

But the constitutional court for the Swiss canton has ruled it must stop mentioning Champagne on its wine labels after a court case brought by the Comité Champagne, the French trade body uniting growers, négociants, and Champagne houses.

Asked if the use of the court was a bit of a case of using a sledgehammer to crack a peanut, Charles Goemaere, the managing director of the Comité Champagne, told The Connexion that it was necessary to protect the livelihoods of the 20,000 growers and other workers who made the famous French sparkling wine.

Mr Goemaere, who before he took his present job used to be a lawyer specialised in intellectual property, said the Comité Champagne was determined to take usurpers of their name to court.

“At any one time we have around 1,000 legal cases across the world to protect our name,” he said.

“Many are solved quickly with a letter or two, but some drag on for ages, like this Swiss one did.”

He said the village of Champagne had used the case to publicise itself, ever since the agreement in the year 2000 when Switzerland opened its borders to the European Union.

“Most cases are settled in a much shorter time,” he said.

“But there is a saying among the lawyers that the bigger the name the more sensitive it is to people trying to catch on to its coat-tails, and Champagne is very sensitive and reactive to protect its name.”

The one exception, which can be a puzzle to some people, is the use by Cognac makers of the terms Grande Champagne, Petite Champagne or Grande Fine Champagne to designate regions in the Cognac growing area.

It is thought the use of the terms came from the similarity between the very chalky soils in the region with the soil in the Champagne wine region.

“The use of Grande Champagne, Grande Fine Champagne or Petite Champagne has historical roots and protection for the name associated with Cognac, and dates back as far as the protection of the Champagne wine name,” said Mr Goemaere.

“There are also important rules such as the mention of Champagne must always be associated with the name Cognac on the same label and in small typeface,” he said.

“And of course Cognac is a spirit and not a wine and is as determined to protect its quality and stop people usurping their name as we are.”

18 hours ago
4
Coronavirus: Daily updates on the situation in France

1 day ago
5
How will France’s health pass work in cafes, bars and restaurants?