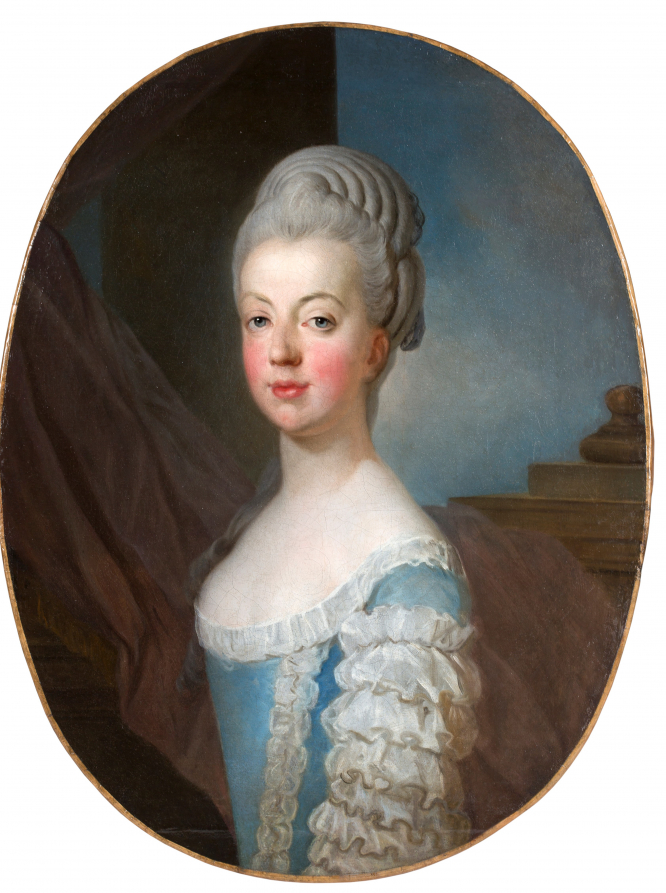 The portrait of a teenage Marie-Antoinette sold for €175,500 at auction Pic: Aguttes

A portrait of Marie-Antoinette that had been lost for 100 years has been bought by the Château de Versailles for €175,500 - over five times the estimated price.

The oil on canvas painting was owned by a family in Essonne, who had no idea that the subject was the former dauphine de France.

The portrait was commissioned in 1771 from peintre du Roi (The Painter of the King) Joseph-Siffred Duplessis and was intended for Marie-Antoinette’s mother, Empress Maria Theresa of Austria.

The painting, which shows Marie-Antoinette at the age of 16, was originally meant to be an equestrian portrait but it became a bust portrait due to an insufficient number of posing sessions.

There are two almost identical versions of this painting, both of which were lost.

It was Grégoire Lacroix, director of the Old Paintings and Drawings department at Aguttes auction house, who rediscovered this version, most likely done in Duplessis’ workshop with the help of his students.

Mr Lacroix was contacted by clients looking to sell the painting, who referred to it only as La Petite Marquise (‘The Little Marchioness’).

“The traits of the model made me think of Marie-Antoinette. We did a bit of research and we were able to find the sketch in Versailles made by Duplessis. Studying the history of this commission, we were able to identify the fact that he had done several paintings, including one which disappeared a hundred years ago”, he said.

The painting has since been renamed Portrait of the Dauphine of France, Marie-Antoinette de Lorraine-Habsbourg (1755-1793).

It was last known to be in the collection of the Marquise de Ganay but it is “very, very common” for paintings to ‘disappear’, according to Mr Lacroix:

“‘It happens about once a week in this field. We find works and often, the owners don’t know the history of them, especially considering the historical events of over a 100 years ago - the French Revolution, the movements in the châteaux… A lot of French châteaux were emptied during the Revolution and the things were dispersed so they lost their identity”.

Mr Lacroix explained that he estimated the portrait to sell for between €20,000 and €30,000 as most of Duplessis’ works sell for between €10,000 and €20,000, although it is hard to predict the amount buyers are willing to pay as the artist’s works produce “very different” results, with a portrait of Benjamin Franklin selling for over €1 million.

Exhibition shows many animals to have lived at Palace of Versailles

5,000 perfumes in the world’s largest archive in Versailles