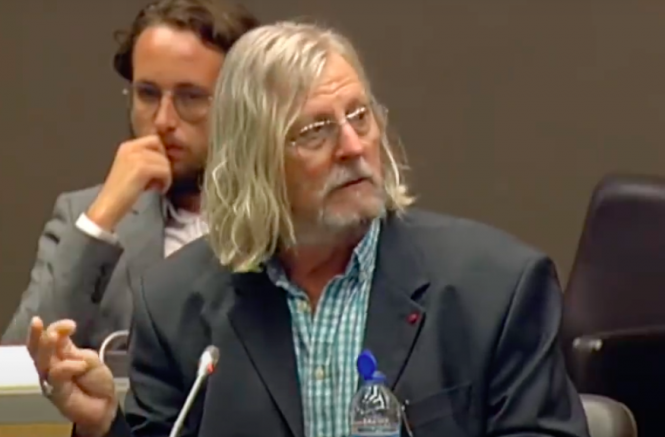 Professor Didier Raoult says the government had the means to do more Covid-19 tests in France at the start of the crisis.
By Joanna York

Professor Raoult was interviewed in the Assemblée Nationale yesterday (June 24) as part of an investigation into how the Covid-19 crisis was handled in France.

He went as far as to accuse the government's scientific advisory body, le Conseil Scientifique, of being “totally bankrupt” for a variety of reasons, including failing to make decisions based on science, being slow to investigate possible solutions and not making Covid-19 tests widely available earlier in the crisis.

He also said health Minister Olivier Véran had been “poorly supported” by advisors and criticised the government “screening” strategy, put in place in the first few weeks of the crisis in France. During this time the professor said he was “banned” from testing patients for Covid-19.

France 'had the means' for more Covid-19 tests

Speaking about Covid-19 testing in France, the professor said: “I do not agree with the decision that was taken to not make testing widespread. At the beginning of March, the World Health Organisation recommended testing anyone who was suspected of having been in contact with Covid-19. We had the means to do this [in France].

“It was indispensable to do this because we didn’t know the illness. From the moment that tests weren’t done, we couldn’t study the illness.”

Consequently, he claimed: “Everything we deduced about the virus, we deduced from the 'flu. And it wasn’t correct.”

PCR tests, which the professor was referring to, use a swab from the nose or throat, to detect whether the Covid-19 is present at the time of taking. These were made available by research centre l'Institut Pasteur laboratories in France on January 17, but only in limited numbers.

The professor criticised this approach, saying the centralisation of tests in one centre wasn’t necessary and meant crucial time was lost in the fight against the virus.

For the future, he proposed a system of smaller, local centres that could treat illness in their immediate vicinity, “like badgers in their burrows, who bite if someone comes near”.

Conseil Scientifique was 'not scientific'

“There was no compatibility among us,” he said of the other Council members. “It wasn’t possible.” He went on to criticise the Council - which defined the government’s health strategy during the Covid-19 crisis - for relying on existing relationship between members and failing to take a scientific approach.

“We never worked with papers on the table, never with data on the table,” he said of his time in the Council, adding that the group had relied too heavily on discussion, rather than data.

The WHO is currently trialling the drug as a Covid-19 treatment after initial tests were halted following a study that claimed the drug could be fatal for some patients. The study has since been retracted by medical journal The Lancet, after flaws were found.

Meanwhile in France, trials of the drug have come too late, according to Professor Raoult.

The professor began trials of the drug himself, on a small-scale, in his hospital IHU (Institut Hospitalo-Universitaire en Maladies Infectieuses) in Marseille, which specialises in infectious diseases. But the trials were never endorsed by the French establishment, who restricted doctors’ rights to prescribe the drug in France during the crisis.

He said: “We tried to do a real evaluation of hydroxychloroquine with [the antibiotic] azithromycin but it was set up late. No evaluation of trials at all was put in place by le Conseil Scientifique.

"Maybe something will happen when there are no more cases. That should make you reflect on how effective this type of strategy is."

Controversial French prof: ‘I could have halved Covid death’