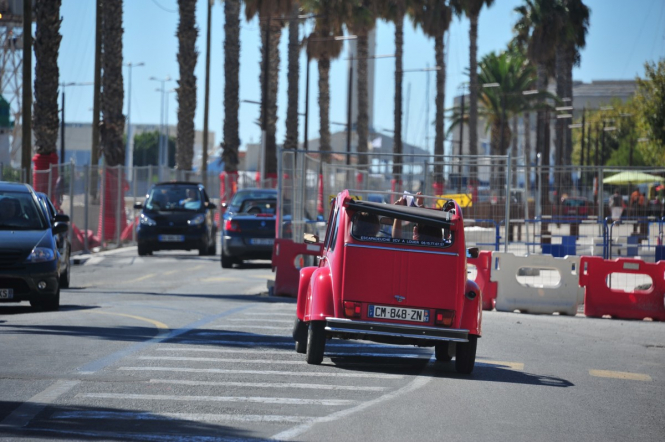 The hard French lockdown has ended but the government is keen to drill home the message that “coronavirus is still here”. For people driving in France for the first time since the virus, some changes will be noticeable.

Motorway 'aires' (service areas) in France are open but...

The biggest change is that at motorway service areas the people serving you will all be wearing face masks and there will probably be markers on the floor showing the direction you should go in the shop, and, near the till, a metre spacing marker between you and the person in front of you.

You are also likely to find a hand steriliser gel near the entrance, either a bottle on a table or a dispenser. It is good manners to use it.

If you have a no-contact payment card or phone which works in France, it is common now to use it for small purchases.

Motorway restaurant areas are almost all open but with less seating than normal because of physical distancing requirements. Many people take bread or sandwiches and eat them outside or in their cars.

Mask-wearing in France may be more strict than other countries

Anecdotal evidence suggests that rules around face masks are followed much more closely in France than in other European countries, such as The Netherlands, or Belgium.

As the hot weather arrives, mask-wearing by shop-keepers and waiters has slipped a bit, but it is still a government requirement for waiters and shopkeepers to use them.

As for customers, between half and a quarter of people in France now wear masks in the street and shops, so if you feel more comfortable doing so you will not stand out. Government advice is to wear a mask in all situations where it is impossible to achieve a one-metre distance between people from different households.

Do I need to wear a face mask while inside my car driving through France?

You do not have to wear a mask in a car if you are in a family group, but if you are travelling with someone you do not know (e.g. from a ride-sharing platform), government advice is that everyone in the car should wear a mask.

Most motorway toll booths are now operating as normal but you might find it difficult to find a staffed booth to take cash – although some automatic booths do. A spokeswoman for Vinci autoroutes said only 1% of transactions now involve cash, as opposed to other methods such as Télépeage [a box in the car, with a paid-for subscription] or bank cards. The companies say they disinfect touch screens regularly.

Petrol stations and garages are nearly all open – although many garages now have a system where you leave your car keys in a tray near the door to limit the number of people who touch them. If work needs to be done, the steering wheel, gear-leaver and handbrake will probably be covered in plastic covers.

Border controls should be back to normal, although immigration and other officials will probably be wearing masks. They can ask you to remove yours if you are wearing one to check your face against passport photos.

At the moment, UK residents are still asked to go into voluntary, 14-day quarantine in France, as the UK still requires a compulsory quarantine for all people arriving from France. The UK has said it will lift this for arrivals from France on July 10 and, assuming this goes ahead, the French government has said the voluntary quarantine requirement in France will be lifted.

Read more: What does end to quarantine mean for France-UK travel?

However, the UK government has said people coming to the UK will still have to complete a ‘contact locator form’ with the address where they will be staying.

Legal documents you require to drive in France have reverted to pre-Covid requirements, ie. you do not have to have extra documents justifying your reason for being out as you did during the Covid lockdown.

As usual, to drive in France legally you will need:

You must have a warning triangle you can use if you break down or have an accident, and at least one high-visibility vest in the vehicle that you can access without having to get out of the car (ie. not in the boot).

You must also adjust your headlights so they are adapted for driving on the right.