Cost of baguettes set to rise amid flour and labour shortages 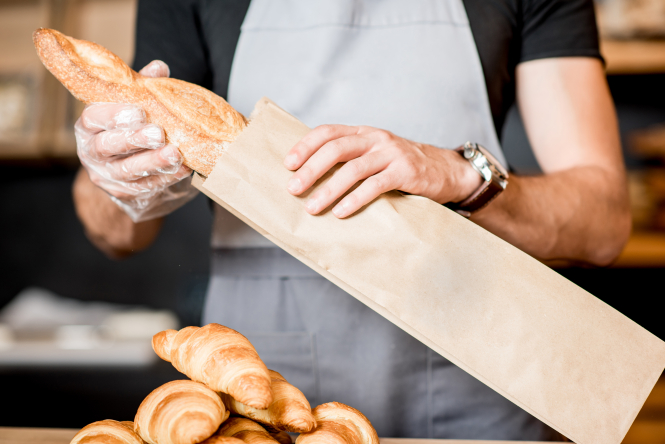 Baguettes could be the latest item to be hit by shortages in France, with the president of a bakery association warning of rising prices Pic: RossHelen / Shutterstock

Baguettes could be the latest item hit by shortages in France, with the president of a bakery association warning that prices could rise by more than 10% (around 9 centimes) due to the rising cost of wheat, energy, and packaging.

Dominique Anract, president of la Confédération nationale de la boulangerie pâtisserie française, today warned FranceInfo that “all the alerts are on red” when it comes to the “price of wheat, flour, energy, salaries, and packaging products”.

A standard baguettes currently costs €0.90 on average, Mr Anract said, but risk rising to more than €1 each as a result of the increases.

He explained that the price of bread should be stable and that any change is worrying.

He said: “I would be surprised if it rose by 20 cents, but even 10 cents would be too much. In the past 20 years, baguettes have increased by 23 cents, compared to cigarettes, which have tripled...in terms of costs, each baker sets their own price, but it’s logical to assume there will be increases.”

The cost of wheat flour has risen by 30% this year, and is set to soar further, he said.

However, he added that some bakers are afraid to raise their prices even if they need to, because of increased competition with supermarkets, which could put local bakeries at risk.

He said: “Sometimes we see bakeries that haven’t raised their prices for two or three years because they have a supermarket next door. They don’t dare.”

The industry is also being hit with labour shortages, Mr Anract added.

He said: “We have 21,000 vacancies within baking and patisserie, and we want to pay better but of course we have costs. When you hire a worker, 45% of it is on costs, plus the rest. But you have to do it when you are selling a baguette for around €1.

“We must fight to keep bakeries because they are a real economic model.”

It comes as the country is also facing a shortage of wood-burning stove pellets, which are used by some households for heating.

Demand for the wood pellets is currently exceeding supply, causing a rise in prices, delays to customer deliveries, and a lack of stock.

Cédric Duquesne, fuel seller at a supplier in Nord, said: “They are out of stock in the factory; they have no more sawdust.”

Wood-burning stoves and pellet stoves have increased in popularity in France in recent years, due to the rising costs of electricity and gas. One shop in Nord reported a 20% growth in sales.

And yet now, pellet shortages could unexpectedly push up prices of the stoves.

Jean-Marie Lelièvre, manager of a stove shop, confirmed: “Prices are going up because there is a shortage.”

Wood-burning stoves are typically fuelled with logs but can also use wood pellets if burned in a special insert. There are also “pellet stoves” that use pellets only.

The pellets are sometimes favoured because they are more convenient to buy and store than traditional logs, and they give off less smoke, fewer emissions, and less ash waste.

Like much of Europe, France is currently suffering shortages across a wide range of industries as global supply chains work to recover from the impact of Covid.

Read more: Which products are – or could be – hit by stock shortages in France?

Shortages have hit goods such as clothes, shoes, Christmas toys, electronics, furniture, bikes, and paper, alongside price increases for many everyday food items