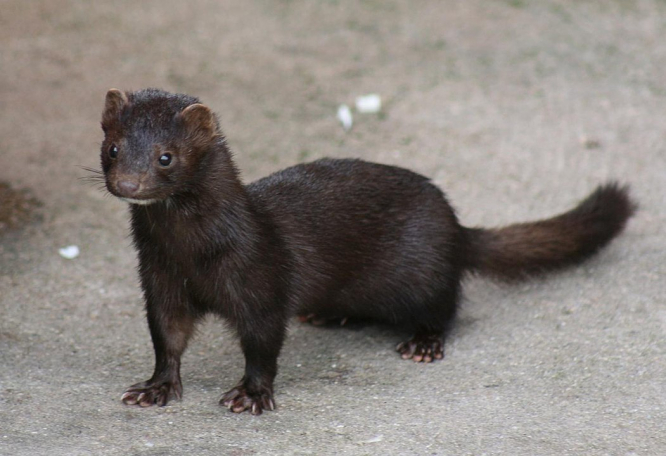 The four French mink farms had been under surveillance since the summer, and the virus has so far been confirmed at one site
By Hannah Thompson

The coronavirus that causes Covid-19, SARS-CoV-2, has been detected in a mink farm in France for the first time, with 1,000 animals having been slaughtered to contain the spread.

Of the four mink farms in France, one - in the Eure-et-Loir - has been contaminated. A second farm that was suspected of contamination is said to be as-yet “unscathed”.

Test results are pending for the remaining two farms, and are expected within the week. The tests have been carried out in all four farms as part of a dedicated campaign by national health and safety agency l'Agence nationale de sécurité sanitaire (Anses).

The contamination was confirmed on Sunday November 22 by the ministry for agriculture. The ministry also confirmed that 1,000 mink at the farm had been slaughtered, and “the products from these animals” have also been destroyed.

Tests at the farms have been done since mid-November in the four mink farms in France, the ministry said.

In a statement, it said: “At this stage, these analyses allowed us to reveal that the virus was spreading in a farm in Eure-et-Loir. As soon as we knew the results of these tests, the ministers concerned ordered the total slaughter of the 1,000 animals still at the farm, and the elimination of all the products from these animals.”

France is expected to receive the results of the DNA sequencing of the virus by the end of the week, which is “expected to exclude all contamination of the variant SARS-CoV-2”, the ministry said.

Agriculture and Food Minister Julien Denormandie told news service FranceInfo: “At this stage, I cannot tell you how this situation occurred. All the biosecurity measures were taken. In France, we only have 20,000 mink, in four farms. We are following them case-by-case, with much precision.”

The minister justified the slaughter of the 1,000 mink saying that “the protection of our citizens forces us to take sanitary measures”.

Mink farmers and workers affected by the incident will “obviously be compensated for the losses that they have suffered”, he said.

The contamination of mink by a strain of SARS-CoV-2 is not new; it has been seen already in Europe, especially in Denmark. Cases have also been reported in countries including the Netherlands and Sweden.

As a result, the four mink farms in France have been under surveillance, with staff taking extra precautions, since May. The Netherlands issued an alert in April.

Mink have been proven to be able to contract the virus, but also to pass it back to humans. It is the only species identified as being able to do this so far - although cats and dogs have been shown to be capable of becoming infected by humans.

Previously, the French government and Anses have said that animals do not play a major role in spreading the virus.

With its four farms, France has 20,000 mink - far fewer than the 15 million to 17 million that Denmark had before its crisis. Denmark had been the biggest global exporter of mink.

In early November, the Danish government ordered the slaughter of all mink in the country due to fears that the virus contracted by the animals was a mutation of that infecting humans, and could - if passed back to humans - render the vaccines currently being developed ineffective.

Danish authorities have since said that the mutation is now “very probably extinct”. Danish mink farmers have still protested at the government’s actions.

Mr Denormandie said: “[France is in] a very different situation than that of Denmark.”