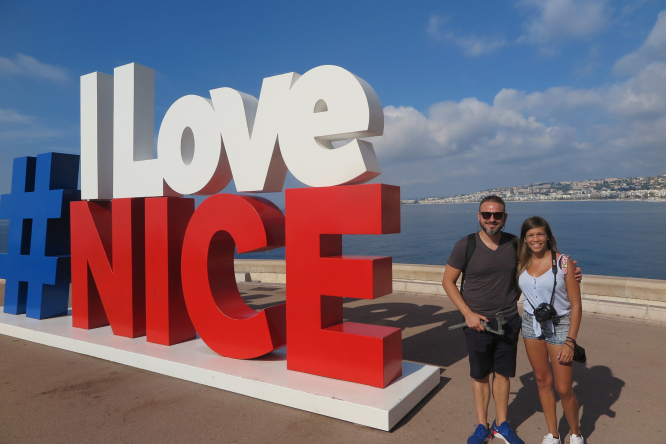 Reports in the French media state that some people, notably those from Mayenne in the northwest of France, have had their holiday bookings suddenly cancelled, for no other reason than they are from an area currently hard hit hard by Covid-19.

In one report broadcast on French news channel LCI, a resident of Mayenne who had his holiday cancelled said, “we felt we were treated as though we had the plague”.

Mayenne has recently seen a spike in Covid-19 cases, passing an alert threshold set by France’s national public health agency, with 56.7 new cases for every 100,000 inhabitants in the past seven days.

And while residents there are reporting feeling ostracised because of the high number of Covid-19 cases in their area, it does not mirror the experience of the tourists that The Connexion spoke to in Nice, on France’s Côte d’Azur.

James and Ellie are a British couple who have a holiday home in Nice. They usually travel over often but Covid-19 has meant they have not been able to visit as frequently this year.

They said that they had not noticed any of the locals complaining about tourists in Nice.

“It’s been wonderful, the French have been great,” James said.

“I expected more hostility, but there’s been none,” Ellie added.

Kevin, 26, from Strasbourg, was visiting Nice for the first time. He came down with a friend and also said he had not noticed anyone complaining about tourists, and said everyone has been “nice” with him.

Miguel, 33, a data scientist from Madrid, is travelling with his girlfriend in a caravan, heading towards Rome and stopping along the way in different cities.

He said that they also had not noticed any hostility, although he did say that there was a risk that tourists could spread the virus.

He said that he was taking his safety into his own hands, as he was travelling in his own vehicle, and also added that he felt like there were less Covid-19-related restrictions in France than in Spain.

Christelle Bourdin is a florist and runs a stall in Nice’s popular marché aux fleurs.

“I’m not really for people mixing, but we have to work,” she said.

She also has not heard of anyone complaining about tourists.

“People here need tourism to live, so there’s not much choice.”

Read more about how Covid-19 is affecting travel in France:

France makes plans to reconfine at local level if required