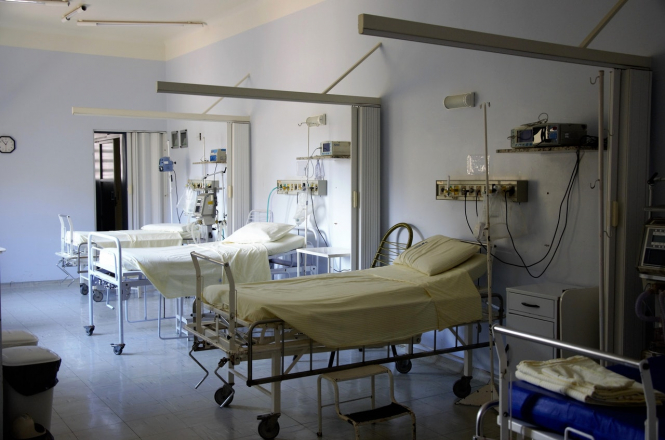 Hospitals across France are opening up more bed capacity as the Covid-19 situation worsens, especially in the south
By Hannah Thompson

The new figures represent a record in France since the start of the pandemic.

SPF said that it was seeing “a definite worsening of the situation” nationally.

It said: “if the dynamics of the epidemic remain as they are, the number of confirmed weekly cases will double in the next two weeks.”

Numbers are climbing especially rapidly in the south of the country, including in Bordeaux (Nouvelle-Aquitaine) and Marseille (Bouches-du-Rhône).

SPF said: “The level of hospitalisations and intensive care admissions remains moderate, but the rise in these indicators is worrying, especially in the Provence-Alpes-Côte d’Azur region.”

Hospitals in the region have opened extra beds to cope with increased demand.

The Assistance Publique - Hôpitaux de Marseille (AP-HM) said: “In one week, the curve [of the epidemic progression] has been exponential and we have doubled our intensive care admissions.”

It added that most of the patients being hospitalised are aged 60 or over, with other existing conditions. “The same kind of people as the first wave...and while the situation is currently under control, it remains worrying. Mid-August, the level of positivity of tests being done was at 9%.

In Nouvelle-Aquitaine, the number of patients being hospitalised for Covid-19 had almost doubled in 10 days, from 85 on August 31 to 147 on September 8.

The CHU hospital in Bordeaux said: “We currently have 25 patients with Covid in intensive care, when there were none at the beginning of August.”

The Ile-de-France region still has the highest number of people in hospital, with 2,442, of which 204 are in intensive care.

However, regional health body the Agence Régionale de Santé for the Ile-de-France said that there had been some good news: “For the first time in six weeks, the rise in the level of incidence has slowed down nationally, and also in every department, except the Val-d’Oise.”

Professor Dominique Rossi, president of the medical commission at AP-HM, called on the public to help improve the health situation.

Professor Rossi said: “There are ill people who need intensive care who do not have Covid. We must help these ill people too. For this, we have to avoid admitting too many people with Covid. You must help us, by using masks and barrier methods.”