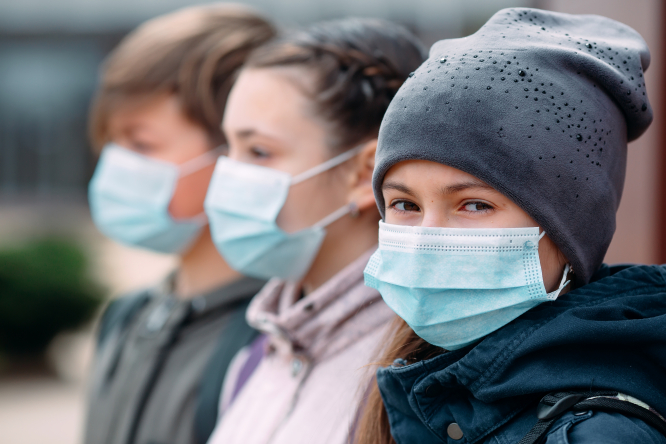 Covid infection rates have reached 400 cases per 100,000 people among six to 10-year-olds in France, as the country’s overall rate rises by 60% in one week.

This is the first time that infection rates have reached this level among children and the rate in the age group is now double that of the general population, which has itself risen to 213 per 100,000, the highest since the summer.

On November 8, as classes returned after the Toussaint holidays, the rate for young children was at 80 per 100,000.

This comes as Education Minister Jean-Michel Blanquer announced yesterday (November 25) that primary school pupils will no longer be sent home as soon as a Covid case is detected in their class.

Instead, from next week the whole class will undergo “systematic testing”, whether at school or at a pharmacy or health centre, and only those who return negative results will be allowed to attend in-person lessons.

Mr Blanquer added that there are currently 8,500 classes closed across the country.

Yesterday, the European Medicines Agency authorised use of the Pfizer vaccine among five to 11-year-olds, but Health Minister Olivier Véran has said that he will wait for the advice of the Haute Autorité de Santé and the Conseil national d’éthique before extending the vaccination programme to this age group.

Jean-Michel Molina, infectious diseases doctor at Paris’ Hôpital Saint-Louis, has said that this decision will need to be taken quickly.

“We must consider the question of vaccinating children. It is also a means of avoiding the transmission of Covid from little ones to more vulnerable people such as their grandparents or people in their close circle who have serious health conditions,” he told BFMTV.

The fact that France’s overall infection rate now exceeds 200 per 100,000 people means that health passes will be required on ski lifts, according to an announcement made by Prime Minister Jean Castex on November 6.

The positivity rate of Covid tests taken now exceeds 5% for the first time since May 7.

The number of people with serious forms of Covid being treated in hospital has increased by 40% this week, with Institut Pasteur epidemiologist Arnaud Fontanet stating that: “During this wave we will probably go past 1,000 hospitalisations per day.”

Covid France: Are you eligible for a booster dose from November 27?