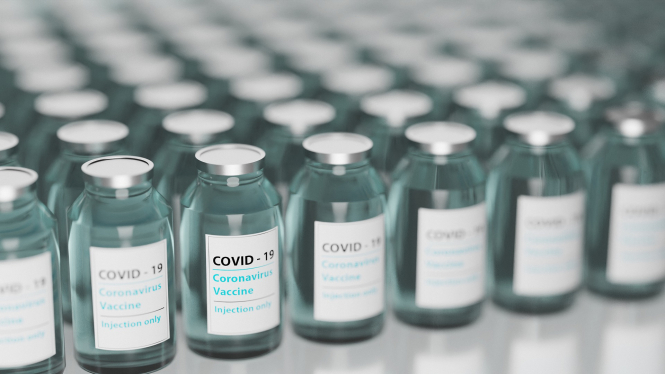 France has so far given a first dose of a Covid-19 vaccination to over 20 million people Pic: torstensimon / Pixabay

A preliminary study has found that the Pfizer-BioNTech and Moderna vaccines are effective against two of the Indian variants of SARS-CoV-2, the virus that causes Covid-19.

The study was carried out by the NYU Grossman School of Medicine and the NYU Langone Center in the US and was published yesterday (May 17). It is considered preliminary as it has not yet been peer reviewed.

"What we found is that the vaccine's antibodies are a little bit weaker against the variants, but not enough that we think it would have much of an effect on the protective ability of the vaccines," senior author of the study Nathaniel Landau told AFP.

"In other words, some of the antibodies now do not work any more against the variants, but you still have a lot of antibodies that do work against them," he said.

"There are enough that work that we believe that the vaccines will be highly protective.”

France has to date detected 24 small groupings of three sub-strains of the Indian variant of SARS‑CoV‑2, known as B.1.617.

Health authority Santé Publique France (SPF) has stated that it is monitoring the situation closely and that the spread of these variants is so far limited.

Preliminary data suggest that the sub-strains of the Indian variant are more contagious than the original SARS‑CoV‑2 virus and could be more resistant to immunity responses, but the data remains patchy, SPF states.

On May 12, the Indian variant was labelled as a “variant of concern” by SPF. The World Health Organisation has also categorised it as a variant of concern. These are variants suspected of being more aggressive, or more resistant to diagnostic tests, treatments or vaccines.

The European Medicines Agency (EMA) has stated that there are promising signs that mRNA vaccines Pfizer/BioNTech and Moderna are effective against the Indian variant.

EMA is monitoring very closely the data on the Indian variant. We are seeing promising evidence that mRNA vaccines would be able to neutralise this variant. #EMAPresser

EMA vaccine strategy manager Marco Cavaleri has said he is optimistic that the AstraZeneca and Johnson & Johnson vaccines will also be effective against it, Euronews reported.

These are the four vaccine types that have been officially approved for use within the EU and in France.