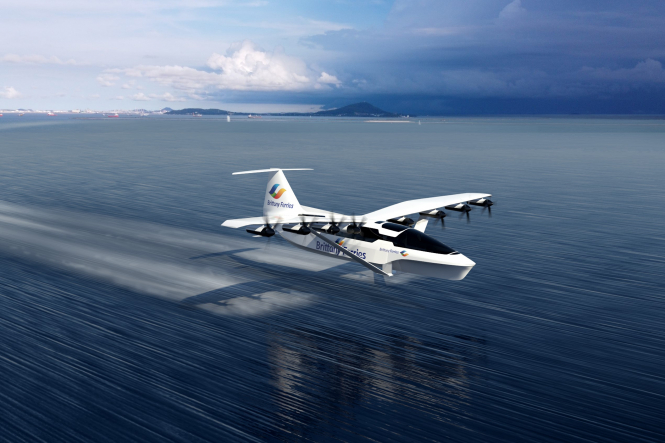 It has signed a deal with a US start-up called Regent to develop craft called Seagliders, which would skim over the surface of the water at six times the speed of a normal ferry, carrying around 50-150 passengers.

It comes as in more conventional cross-Channel news, Irish Ferries is now taking bookings from June 29 for its new Dover-Calais service, with five crossings a day.

Brittany Ferries says its Seagliders would work by creating a cushion of air between the craft’s wings and the water, while flying at low altitude. “Seagliders are therefore akin to a hovercraft with wings rather than a skirt,” it said in a statement.

It said it has signed a ‘letter of intent’ that ‘could’ see the service operate on the Channel by 2028.

The firm says they would be ‘highly-efficient’ and that electric craft are in line with its efforts to go greener, including ordering two new liquefied natural gas ships for delivery in 2022 and 2023.

Irish Ferries’ website is now taking bookings for passengers from June 29, though it is currently only possible to book if you are travelling with a motor vehicle, not for cyclists and foot passengers.

A test booking on its site today offered five sailings on the first day, and five return crossings a week later. Prices are offered at a cheaper ‘economy’ rate or a ‘flexi’ rate, which the company states allow changes without amendment fees and gives customers ‘cancellation benefits’.

Prices for a person travelling in a small car for a return trip are quoted from £89 Dover to Calais (£129 flexi rate), and £104 Calais to Dover (£144 flexi rate), which are comparable with prices at rivals P&O and DFDS, which are respectively running five and 10 trips a day for a booking on the same dates.