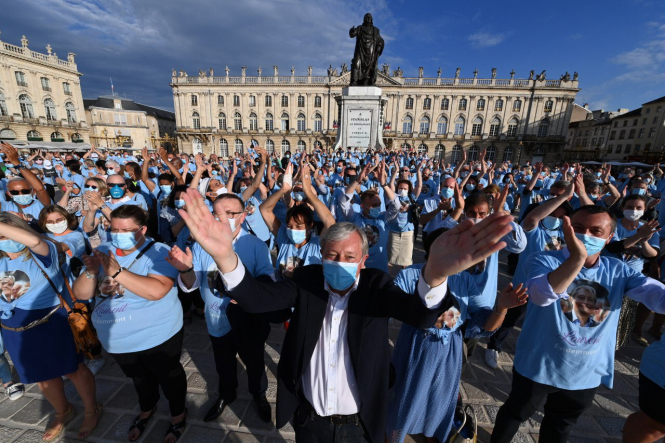 Mouvement Radical has said that the number of public holidays should be reduced from the current 11 to five, with the other six days turned into optional days of leave instead.

The party, self-described social-liberals, made the proposal as part of its economic stimulus plan, an alternative to the current government’s €100 billion plan de relance économique.

One of the points called for cutting certain public holidays and only maintaining, for example, January 1, Labour Day on May 1, the Fête Nationale (Bastille Day) on July 14, Armistice Day on November 11, and Christmas Day on December 25.

The other days would not be lost but would instead give the employee the option of taking them as days of leave - to be taken when they wished.

Laurent Hénary, president of Mouvement Radical, said in a TV interview with French news channel LCI that “the idea is to put in place a lot more flexibility, in terms of work, for employers and also for employees”.

He said that if an employee chooses to work on one of the days that the party has suggested dropping as national holidays, their salary would naturally reflect that.

He reminded journalists that “the only non-working holiday in French law, and in international agreements for many countries, is May 1”. The other national holidays in France are often taken to be mandatory, but are in fact not.

In a different interview, Mr Hénary said that he did not think this plan would be adopted by the current government as part of its plan de relance économique, he told CNews.

He did say, though, that it could be a question that resurfaces during larger debates such as around the time of the next presidential election, due to take place in 2022.

Another point in the party’s economic plan is to create a single, open-ended employment contract to replace the current permanent (CDI) contracts and fixed-term (CDD) contracts.

The party also called for working hours to be measured on a yearly basis rather than a weekly basis. This would involve the 35-hour working week remaining in place, but with employees able to make up that quota throughout the year rather than each week.

Good Friday: Friday before Easter Sunday (only in Alsace and Moselle)

Victory in Europe Day: May 8

Assumption of Mary to Heaven: August 15

St Stephen’s Day: December 26 (only in Alsace and Moselle).

According to WorldAtlas.com, France’s 11 national holidays a year puts it on equal footing with countries such as Singapore, Italy and Denmark.

The country with the most national holidays, according to the site, is Cambodia, with 28 days.

Meanwhile, workers in the US get 10 days and those in the UK get eight.

When are the public holidays in France in 2020