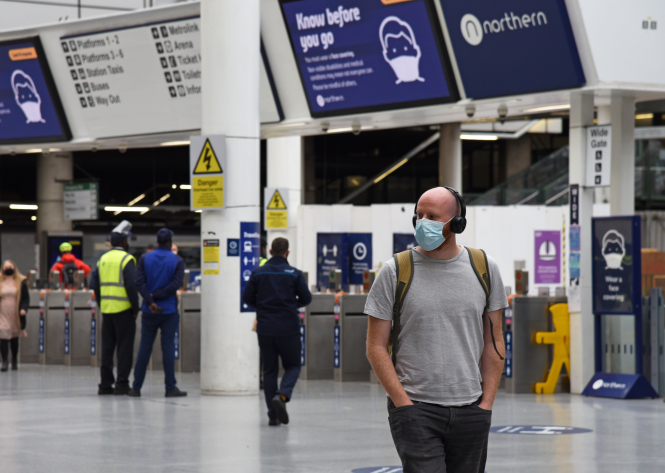 France’s Europe Minister, the former British ambassador to France and readers have condemned the UK’s decision to maintain quarantine on vaccinated travellers from France, despite the UK dropping it for the US and other EU countries.

He said the reason given - the prevalence of the Beta variant of Covid in France -  was not satisfactory, and that the variant “represents less than 5% of cases in France” and is mostly present in the overseas territories.

“It is a discriminatory decision against France since all Europeans, even countries with more difficult health situations than ours because of the Delta variant or other factors, are no longer concerned by this quarantine,” he said.

"I hope it will be reviewed as soon as possible.”

He added that France is not planning any sanctions in return at this stage.

Lord Peter Ricketts, former UK ambassador to France, said he cannot understand the UK’s reasoning with regard to France.

“We just have to hope that since there is no basis for the policy in the data they will do a U-turn soon.”

The UK is to allow fully-vaccinated visitors from the EU and US to enter the UK without quarantine from Monday (August 2) – but France is excluded from the rule.

It means travellers from France will have to continue to self-isolate for 10 days on arrival in the UK and pay for two Covid tests on days two and eight of this period as well as take the standard pre-departure Covid test. It is because the UK recently placed France on a single-country ‘amber plus’ list, citing  concerns over the Beta variant of Covid.

Read more: EU, US visitors can skip UK quarantine – but France is excluded

‘I know I’m not alone in feeling frustrated and upset’

Many readers have written in to express frustration and incomprehension at the UK’s decision - which continues to lack clarity as government ministers and spokespersons give differing reasons for it.

The UK’s foreign secretary Dominic Raab said today (July 29) that the decision was over concerns of the prevalence of the Beta variant in France’s overseas department Réunion. Previously, the UK government quoted figures to The Connexion that only involved known cases in mainland France as a justification for the measures.

One Connexion reader wrote in to say that the decision to place France on the so-called amber plus list “ridiculous”, saying he was “sick and tired” of the constant rule changes.

He said his planned trip to the UK from France will be affected as he will have to quarantine for 10 days on arrival, despite being fully vaccinated against Covid-19.

Another reader said he had written to the British Ambassador in France to demand an explanation for the decision.

“I have to visit my 100-year-old mother in England to support her physical and mental well-being. I cannot do this and endure a 10-day quarantine every visit,” he said.

He added that he saw “no justification” for the decision.

Another reader wrote to say she and her husband were becoming increasingly upset at the UK government.

“When we first heard that France had been put on the amber plus list we were very upset and surprised because we already knew that mainland France's beta variant numbers were circulating at a low level,” she said.

“I know I'm not alone in feeling frustrated and upset about the unfairness of this because the British Embassy in Paris was inundated with expats messaging to say that it was wrong and unfair."

“There were some very sad stories regarding people not being able to be with their families, attend funerals, be with dying relatives,” she said.

A spokesperson for the UK’s health ministry told The Connexion on Tuesday (July 27) France was singled out as a precautionary measure.

“The Joint Biosecurity Centre assessed that France is a high-risk Covid-19 destination due to the circulation of variants of concern, most notably the Beta variant, which is the variant that presents the greatest risk for vaccine escape.

“The decision to add countries to the red, amber or green lists is made jointly by ministers, informed by the latest scientific data and public health advice and taking into account a range of factors.”

The Connexion looked at the data in an article published on July 27 and found that for various reasons, it is hard to know exactly how many cases of Beta there are in France currently.

What is known is that the Beta variant did not appear as a concern in any official communication from France’s health bodies at that time the UK moved France to its amber plus list - and has not been highlighted as a concern since.

The UK is set to review its travel rules on August 4 or 5.

My déclaration tonight on @BBCRadio4

« The decision by @BorisJohnson to specifically exclude France from suppressing quarantine at entry in the UK is scientifically inconsistent & humanly unfair! » pic.twitter.com/fWU8YwatsV

The UK’s decision-making on travel rules has also caused confusion there.

Shadow home office minister Jess Phillips said today (July 29) that she could not understand what data the government was using to assess each country.

“It’s been confusing for people and terrible for the [travel and tourism] industry,” she told Sky News.