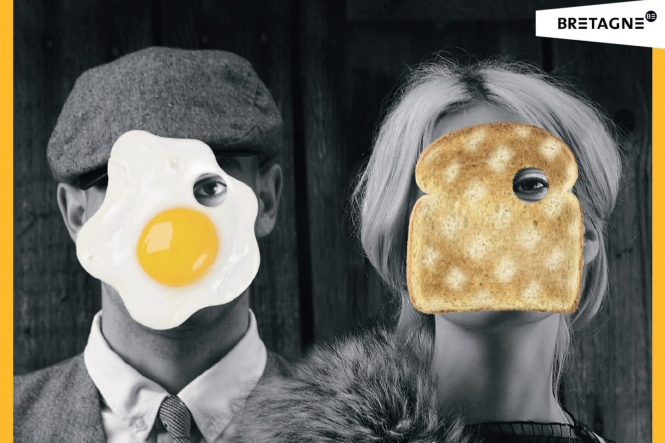 This year marks the 32nd edition of the festival, after a one-year break due to the pandemic Pic: Dinard Festival du Film Britannique

The Dinard Festival of British Cinema is back for its 32nd edition after a year's absence due to Covid, and will run from September 29 to October 3.

As usual, six films are in the mix to win a Golden Hitchcock award. There will also be three free films shown to mark the opening of the festival, including 2019’s Downton Abbey.

The festival takes place in Dinard (Ille-et-Vilaine) in Brittany and was first launched in 1990.

It regularly showcases and rewards niche, independent British films that do not get much attention in the UK.

There will be a total of 38 films shown during the festival, with some 50 screenings planned.

There will also be a selection of short films, as part of the festival’s Shortcuts programme.

These films will “reflect the many concerns of life in the UK”, the festival’s website states.

“The themes of the programme range from revenge fantasies to love stories, music and adolescence... They highlight concerns about immigration, Northern Ireland, fishing and, inevitably, the pandemic."

The three free films that will be shown before the festival begins include the feature film ‘Downton Abbey’, by Michael Engler, which will be screened on September 26 at the Debussy Theatre at 17:30. In this story adapted from the hit series, the Crawley family and their staff prepare for an extraordinary visit from the King and Queen of England.

There is also Dexter Fletcher's ‘Rocketman’, the Elton John biopic, which will be screened on September 27 at 20:30m at the Stephan Bouttet Auditorium. The following day, at 20:30 and at the same venue, it will be the turn of ‘Sorry We Missed You’, by Ken Loach, which tells the story of a family in Newcastle who are victims of the uberisation of society.

Among the judges at this year’s festival are Laura Smet, who starred in the 2007 French mystery film ‘Towards Zero’ (L'Heure Zéro)ẃhich was adapted from an Agatha Christie novel and filmed in Dinard.

The full price for a ticket to any showing is €7. Tickets can only be booked online and a Covid health pass (pass sanitaire) is required for all screenings.

To view a film online, viewers need to set up an account with a dedicated streaming platform and pay for each individual film they wish to watch. This can be done via the festival’s website from September 29. Online tickets cost €5 per film, and will be available to users for 30 hours after the payment.

In addition to the festival, there will also be an exhibition in Dinard celebrating 125 years of cinema in the Dinard area.

City of Nantes’ transformation thanks to its cultural scene