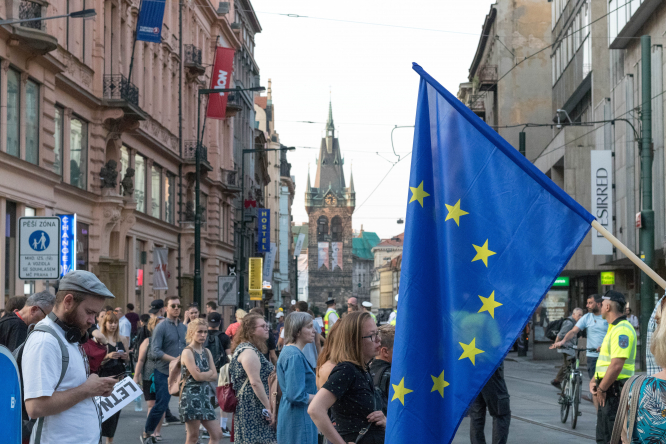 The EU is hesitant to shut down internal borders again at the height of summer tourist season, as fears grow around a "second wave" of Covid-19
By Connexion journalist

The EU is continuing to be vigilant to the situation outside itself, and doing everything it can to avoid a second reclosure of internal borders, said Le Monde newspaper this week.

For example, on July 30, Algeria was taken off the “safe list” for travel, after it recorded 675 new cases on July 24. Travel rights to Serbia and Montenegro were also revoked after the first “evaluation” of the list, which was first established at the end of June.

Morocco was kept on the list, but “under surveillance”.

The other non-Schengen countries that remain on the list permitting travel to and from the EU nation states are Australia, Canada. Georgia, Japan, New Zealand, Rwanda, South Korea, Thailand, Tunisia and Uruguay - plus China, on condition that it offers reciprocal arrangements, which it has not done so far.

The US, Russia, Brazil and India remain on the banned list. The UK is, for purposes of travel in this case, still considered to be part of the EU until its transition period ends on December 31.

Read more: EU external borders now open to some countries, but not US

But the EU has so far stopped short of recommending a further total closure of external or internal borders.

One anonymous EU diplomat told Le Monde: “Could you imagine the chaos that [closing borders again] would create right in the middle of tourist season? After difficult negotiations in recent weeks, it is out of the question to restart quarrels that would quickly turn [difficult] diplomatically.”

Some countries have imposed their own extra measures, however.

This includes the UK requiring a 14-day quarantine for its citizens travelling to Spain (and advising against all “non-essential” travel); Norway imposing similar rules to Spain; Belgium putting travel restrictions in place to and from certain areas of France, the UK, and Switzerland; and Germany adding three Spanish areas (Aragon, Catalonia and Navarra) to its “at-risk” travel list.

The Netherlands is also advising caution when it comes to travel to Croatia, Sweden, Lisbon, and Barcelona; while Greece has imposed mandatory tests on Romanians and Bulgarians; and Italy is requiring Romanians to self-isolate for 14 days upon arrival.

France has also suggested that it could re-impose certain restrictions around travel to Spain.

Spanish authorities have continued to say that Spain is a safe tourist destination. Spanish foreign affairs minister Arancha Gonzalez Laya said that in response to the moves by the UK, Germany and France, it may impose its own rules on travel “to regions in Europe where more care is needed”.

The EU debate comes as Covid-19 figures in France continue to rise, and the prospect of a “second wave” in the country is considered to be “highly likely”.

The most recent analysis report from government advisory council Le Conseil Scientifique said that “it is highly probable that a second epidemic wave will be seen this autumn or winter. The first epidemic peak showed the fragility of cities that are at risk of this type [of outbreak].”

Paris deputy mayor in charge of health, Anne Souyris, also said this week: “The movement is slow, but constant for a month. There has been a clear spike. It’s disappointing, but we are at the start of a second wave."

From which non-EU countries can you now travel to France?