EU in €220m plan to transfer Covid patients between states 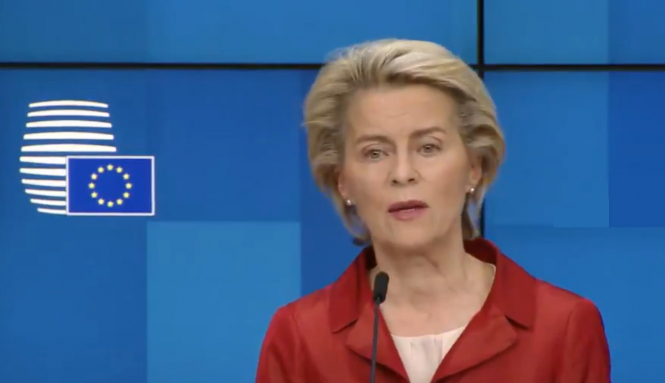 The European Union is to provide €220 million to help transfer Covid-19 patients from one member state to another, to ease pressure on overloaded hospitals.

To take part in the transfers, and to make them easier, member states “must share comprehensive and accurate data in real time” via the dedicated European-wide platform, Ms von der Leyen said.

She explained: “The best use of the money requires good information in exchange."

The data will be collected by the European Centre for Disease Prevention and Control (ECDC), which will monitor capacity in intensive care units across Europe.

The aim is also to “share the best practices, to unify scientific recommendations, and to avoid sending contradictory messages”.

The Commission is also seeking to coordinate possible future vaccination strategies, to ensure that eventual vaccinations are available “at the same time and in the same conditions” across all member states.

Ms von der Leyen said: “This is a good step forward to protect the single market.”

We need patience, discipline and solidarity, to slow down the spread of this virus.

The Commission also said it would seek to make unavoidable journeys easier between states, by putting in place a single European travel form “by the end of the year”.

Some countries warned against closing inter-EU borders completely. In a message from Berlin, German Chancellor Angela Merkel said: “For Germany, which is a country in the middle of Europe, it is important that the borders remain open, that the economy continues to function, and that we beat the pandemic together.”

As the second wave of Covid-19 intensifies, many European states have increased their restrictions.

France has of course introduced a second lockdown, while Germany has also imposed certain lockdown restrictions that have been dubbed "lockdown light" starting on November 2.

Belgium - the country with the highest number of cases per inhabitants - is to hold a “crisis meeting” to decide its next step today (October 30). Coronavirus government spokesperson Yves Van Laethem said: “The worst is still yet to come.”

In Spain, MPs yesterday requested that the government extend the state of health emergency for another six months.

In the UK, certain regions remain in the highest level of restrictions - Tier 3 - while more areas are set to move into Tier 2 tomorrow, imposing further limits on socialising between households.

In Greece, the second-largest city, Thessaloniki, has closed all restaurants and bars today, and Greek Prime Minister Kyriakos Mitsotakis is today set to announce “a month-long plan to avoid the worst”.

According to the Agence France-Presse, official figures show that Covid-19 has infected more than 44.5 million people worldwide, and killed more than 1.175 million globally since the end of December 2019.

In France, the most recent figures from health body Santé publique France (October 29) show the overall death toll at 36,020.

Can I travel back to France during the lockdown?