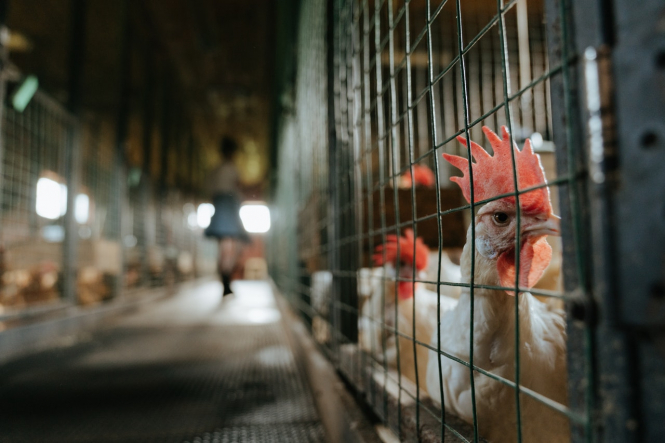 The European Citizen’s Initiative (ECI) is supported by 170 organisations, and is being led by the Compassion in World Farming (CIWF) association. The group is now set to send the petition to the European Commission officially, after successfully collecting 1,397,113 signatures from across the 28 European member states.

The 28 member states include the UK, as the petition was launched before the country began procedures to leave the EU.

This is only the sixth ECI to succeed. To be successful and receive an examination and possible adoption by the Commission, an ECI must gather at least one million signatures, and achieve a certain level of support in at least seven countries. This ECI has achieved the required support in 18 countries.

Marion Wintergerst, campaign manager at CIWF France, said: “We are very happy, as we are the third-most popular ECI in terms of signatures. This shows the strong interest of European citizens towards animal protection and of banning farming that uses cages.”

Eurogroup for Animals, an animal welfare platform based in Brussels, which brings together the support of 170 associations, said that the ECI could lead to “one of the biggest political advances in the history of farm animal welfare”.

Reineke Hameleers, president of the platform, said: “It is time that the European Commission ends this cruelty and frees animals from their bars.”

More than 300 million animals are farmed in cages in Europe, according to figures reported by Le Monde newspaper this weekend. These are usually pigs, egg-laying chickens, ducks, quails, and geese.

According to the CIWF, France is 17th in Europe for this kind of farming, with an estimated 80% of farm animals affected. Critics say that farming in cages causes intense damage to animals, including keeping them isolated and stopping them from moving freely, leading to negative physical effects and illnesses.

Agathe Gignoux, public affairs officer at CIWF, said: “The consensus is getting stronger and stronger on the negative impact of cages on animals, including within technical institutes.”

Four ECI that have been presented to the Commission previously - which were on the issues of water access, glyphosate, animal experiments, and the status of embryos - were all rejected. But the animal welfare associations behind this latest petition hope that the extent of the support it has gathered may encourage the Commission to seriously consider its proposals.

Ms Wintergerst, at CIWF France, said: “The proposals have gained in legitimacy. And, elsewhere, with the publication of the ‘Farm to Fork’ strategy [which is seeking to create a more sustainable food system], the Commission has already shown that it is in favour of real change.”

Some individual EU states have already introduced several “anti-cage” measures. In September, the Czech Republic voted for an end to caged chickens by 2027. Germany, Austria and Luxembourg have also introduced similar goals.

In France, a referendum initiative launched by several NGOs is seeking to ban cages within five years. But, in contrast, a proposal for the same - in a bill proposed by ecology party MP Cédric Villani - was removed from the bill after it was examined by the economic affairs commission on October 1.

Most hens in France are still in cages

The ugly truth about the eggs we buy

Laying hens in France to be freed from cages