EU warns it has not yet approved Covid booster campaigns 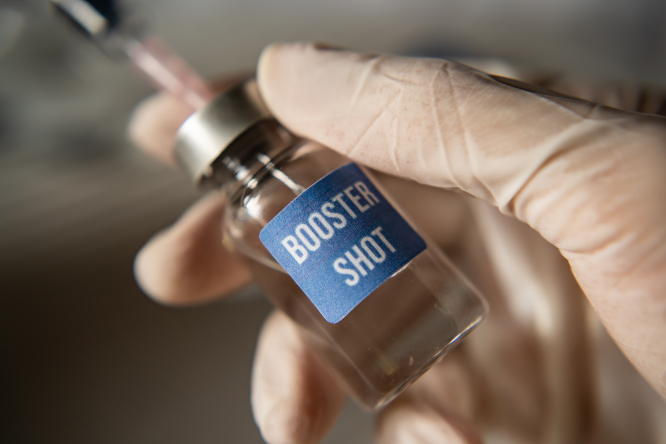 The European Commission has said that “booster doses do not currently appear on the list of authorisations for market for vaccines against Covid-19” Pic: Wachiwit / Shutterstock

EU countries that are starting to give Covid booster injections have been warned that doing so could expose them to legal action as the European Medicines Agency (EMA) has not yet approved the move.

In a statement to Reuters, the European Commission said: “Booster doses do not currently appear on the list of authorisations for market for vaccines against Covid-19, and have not yet been subject to evaluation by the EMA due to a lack of data.

“The responsibility for whether to include boosters in national vaccination campaigns therefore lies with member states.”

Eight European states, including France, have either announced plans to, or have already started to, offer booster injections.

They have done so based on, they say, data that shows that the immune response to Covid among vaccinated people drops over time; and the growing risk from the Delta variant.

In France, the campaign began yesterday (Wednesday September 1) for people aged 80 and over, the immunocompromised, and those at high-risk of a severe case of Covid. More than 200,000 people have already booked a booster appointment.

Health Minister Olivier Véran said during a press conference: “With this booster, you will be protected for the months to come. There is no [extra] risk from having a third injection.”

Israel was the first country in the world to begin a booster injection campaign, with extra doses now being offered to people over the age of 60. Israel has said it believes the data shows that the vaccines offer more protection seven days after the third injection, than 14 days after the second.

Prime Minister Jean Castex has announced that the booster campaign for elderly care home residents is set to begin on September 11. The campaign is then set to extend to people aged 65 and over, and more people at risk of developing a severe case of Covid, such as diabetics.

This will apply to 18 million people, the health ministry has estimated.

Yet, health authority La Haute autorité de santé (HAS) has said that this campaign is “conditional upon approval by the EMA”.

So far, France has not announced plans to offer a booster dose to the general population – although Professor Jean-François Delfraissy, president of le Conseil scientifique, has said that in his opinion, a third dose is likely to be extended to more of the population in future months.

EU rules, in such a case, hand responsibility to member states in case of any unexpected or unwanted side effects caused by administering a drug, in this case Covid-19 vaccinations.

Each vaccine producer (such as Pfizer) negotiated this clause with the EU as part of the approval process for the jabs. The precise contents of said negotiations remain largely confidential.

Yet, they could mean that in case of unwanted side effects of booster jabs, member states could be opening themselves up to eventual compensation claims and legal action, because they have gone ahead with a booster campaign without waiting for the ‘green light’ from the EMA.

The vaccine producers could also be at risk of action, if the side effects were found to be due to any production problems.

The French government has said that any future compensation requests, should they be made, would only be shared between the state and the vaccine producer if the side effect was new and not known to the laboratory in question.

Data from the US Centers for Disease Control and Prevention (CDC) suggest that the effectiveness of the Pfizer and Moderna vaccinations drop to 66% (from 91% for previous variants).

Yet, all approved vaccinations are still considered to offer powerful defence against severe forms of the virus and the risk of death, even months after the last injection.