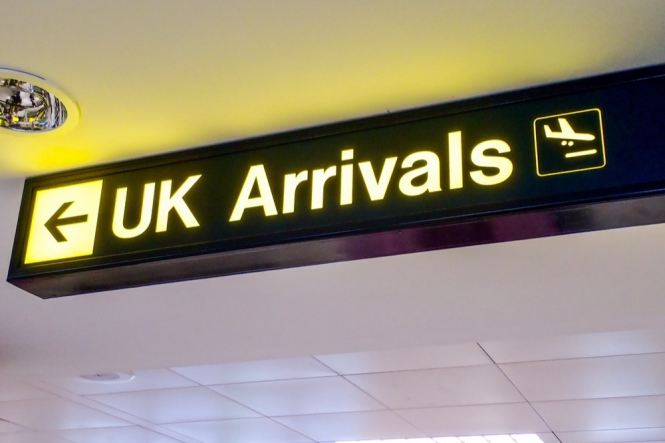 British nationals living abroad will not be included in proposed new UK rules on recognition of foreign vaccination certificates, the UK’s health ministry has confirmed.

This is despite reports in British media that the UK is set to recognise the Covid-19 vaccination certificates of its citizens who are living abroad and who were vaccinated outside the UK.

The reports followed comments made in the House of Commons by the UK’s vaccines minister.

However, The Connexion has been told by the UK’s health ministry that this only applies to UK residents who were vaccinated abroad, and not to UK nationals living abroad.

The minister’s comments are cited, for example, in an article in The Telegraph headlined: ‘Double-jabbed expats free to travel to UK under relaxed vaccine rules’.

It claims that UK nationals living abroad and who were vaccinated abroad will be able to get their certificates recognised by the NHS. This would allow fully vaccinated travellers in UK amber listed countries to enter the UK without the need to quarantine on arrival, it suggests.

This is because the UK only currently allows people to skip quarantine rules where they have a vaccine from the NHS.

The confusion is that Mr Zahawi’s comments were in response to a question about UK residents who were vaccinated abroad, and not UK nationals living permanently abroad.

This would not, in any case, currently affect people living in France, as France is on the UK’s amber plus travel list, meaning everyone, regardless of vaccination status, has to quarantine on arrival in the UK after travelling from France.

The Connexion contacted the UK’s health ministry for clarification.

A spokesperson said that currently only people vaccinated under the UK government’s programme can be “certified” – meaning that their vaccination certificate will be recognised.

He said that the UK is exploring plans to remove quarantine for non-UK residents arriving from amber countries “later this summer”.

No precise time scale could be given at this point.

He added that this will not apply to individuals who are not UK residents and registered with a GP in the UK.

UK travel rules and registering with a GP

UK travel rules currently allow people who have been fully vaccinated in the UK to return from amber-listed countries without the need to quarantine on arrival and with one Covid test after arrival rather than two – but this is not extended to Britons, or others, living abroad who have had the same vaccines.

This rule applies to all amber countries except France, which has been placed on a special ‘amber-plus’ list due to the UK’s concerns over the prevalence of the Beta variant.

UK media reports suggest that France will be returned to the amber list in the next few weeks with the UK set to review its travel rules again on August 4 or 5.

“The reason for the conversation with the GP is to make sure that whatever vaccine they have had is approved in the United Kingdom.

“Ultimately, there will be a coordination between the World Health Organisation, ourselves, the European regulator, the US regulator and other regulators around the world.

“Because we are working at speed, at the moment it is UK nationals and citizens who have had UK vaccinations who will be able to travel to amber list countries other than France and come back and not quarantine,” he said.

The Beta variant in France

The UK dropped the need for travellers, who are fully vaccinated in the UK and who enter from any of its amber-listed countries, to quarantine on arrival, on July 19. This change was not applied specifically to France, which was instead placed on a special amber plus list.

The government attributed this decision to the spread of the Beta variant of Covid, first identified in South Africa.

However, it came as a surprise for France, where the Beta variant has not been mentioned as an issue for metropolitan France in any of the health authorities’ recent Covid evaluations.

A July 6 report by the official Conseil scientifique, which advises the French government on the pandemic, put rates of the Beta variant for the whole of France at 9%, which includes the overseas department of Réunion where it makes up a majority of cases.

UK media reports are citing the fact that this proportion has now dropped to under 3% as a reason why France may be returned to the UK’s amber list.

The UK government has stated that statistics on GISAID, a data initiative that monitors Covid-19 globally in real-time, show that France has recorded 2,959 cases of the Beta variant since the beginning of 2021.

This number does not show how many active cases of the Beta variant there currently are in France.

It remains unclear what figures the UK government is using to judge the prevalence of the Beta variant in France.