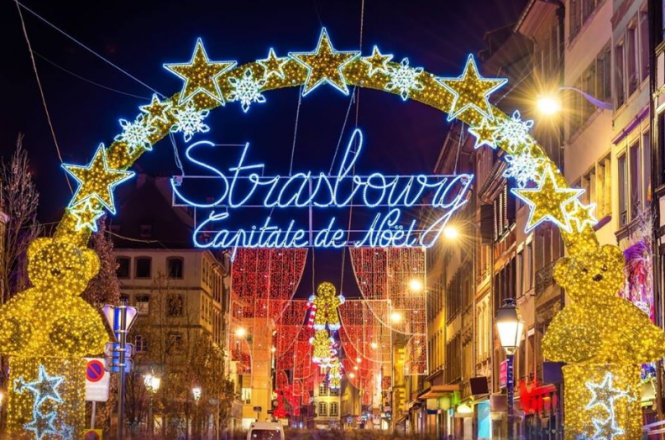 Anyone worried about someone who may have been caught up in the attack can call the special number on 01 43 17 43 17. For any other related information, the police department of the Grand Est region is on 0811 00 06 67.

The fatal shooting happened in the city centre of Strasbourg, on Rue des Orfèvres near Place Kléber, at around 20h last night (Tuesday December 11). A man opened fire near the city’s traditional Christmas market, fired at police, and then escaped.

Two people have so far been confirmed as killed, and 14 injured, of which nine are in critical condition, said minister for the Interior Christophe Castaner, at an overnight press conference.

The terror alert level for France has been raised to “Alerte Urgence Attentat (emergency attack)” - the highest available.

According to early reports, the shooter was using an automatic firearm, and escaped the scene in a taxi after forcing the taxi driver to take him back to his home neighborhood of Neudorf.

The taxi driver, who emerged shaken but physically unharmed, later said that the perpetrator appeared to be injured.

Authorities say the suspect is a 29-year-old Strasbourg-born resident, and known to police for radicalisation in prison. He has served time for non-terrorism related crimes in France and Germany.

Named as Chekatt Chérif, he is a “fiché S”, meaning he was known to authorities and was on a “watch list” of people who may pose a security risk to the State.

He had been due to be arrested on Tuesday morning for an unrelated crime, but was not at home when police arrived.

A search of the gunman’s property has found at least one grenade. The search continues for the suspect, with 350 officers working on the case.

Following the shooting, police cordoned off the city centre and asked that everyone remain inside nearby bars and restaurants. They also asked residents of Neudorf and l’Etoile to stay indoors overnight.

After a 6 hour lock down we're out. Thank you Il Journale restaurant in #Strasbourg for providing us safety, to all police and security officers for their work and to all of you for your concern.

The Strasbourg CHU hospital said it had followed a “white plan” protocol immediately after the incident. This is enacted at times of terrorist attack, epidemic, or natural disaster.

The case has now been referred to the anti-terrorism department of the Paris prosecutor’s office, which has opened an investigation into charges of murder, attempted murder in connection with terrorism, and association with a terrorist organisation.

Roland Ries, mayor of Strasbourg, said: “My first thoughts are with the victims.”

Mr Ries has confirmed that the Christmas market will be closed today (Wednesday December 12), and all flags at the local Mairie will be lowered to half-mast. A condolences book will be available for the public at the Hôtel de Ville today.

Strasbourg has historically been vulnerable to terrorist attacks in part due to its location as the seat of the European Parliament, which was in session during last night’s incident.

This morning, EP President Antonio Tajani tweeted that it would “not be intimidated by terrorist or criminal attacks”, and “would continue to work and react strengthened by freedom and democracy against terrorist violence”.

I express all my sorrow for the victims of the Strasbourg attacks. This Parliament will not be intimidated by terrorist or criminal attacks. Let us move on. We will continue to work and react strengthened by freedom and democracy against terrorist violence.