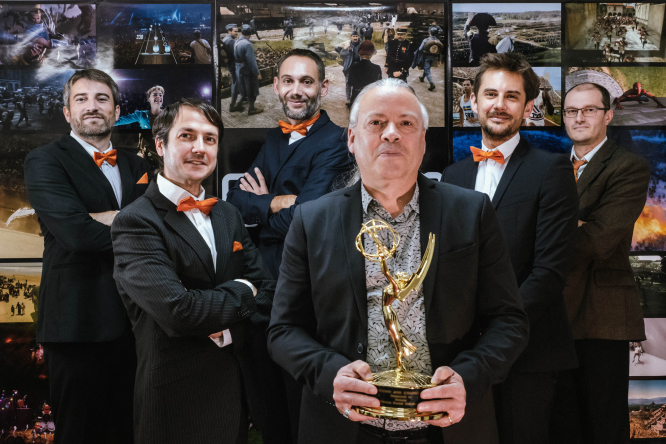 Golaem is a small technology company based in Rennes, but its tools have been used in several big-budget TV shows and films Pic: Golaem @golaem / Twitter

A software company based in Rennes (Brittany) has won an Emmy Award for its programme that generates crowd effects and has been used in shows such as Game of Thrones, Breaking Bad and The Walking Dead.

Golaem was created in 2009 and its technology has contributed to over 300 productions, including the films Black Panther and Fantastic Beasts and Where to Find Them.

It has been honoured this year with an Engineering Emmy Award for its software Golaem Crowd, which allows for the creation of a large number of computer-generated characters to move in realistic ways.

“Receiving this Engineering Emmy Award is a great honor, as it acknowledges once again the contribution Golaem made for the television industry,” he said.

“I am thrilled to see creators delivering even more spectacular and immersive experiences with the help of Golaem tools.”

The Golaem team will be accepting the Emmy remotely during a ceremony held on October 21.

Engineering Emmy Awards are “presented to an individual, company or organisation for developments in engineering that are either so extensive an improvement on existing methods, or so innovative in nature, that they materially affect the transmission, recording or reception of television,” the Television Academy website states.

Golaem was among eight companies this year to pick up an Engineering Emmy.

It adds to a growing list of honours for Golaem, who won another Emmy in 2019 in the category of the Cost Effective Crowd Simulation Tools, and also a César Award in 2020 from the French Academy of Cinema Arts and Techniques.

Golaem is not the only French company to make a notable impact in TV and animation.

Illumination Mac Guff, the Paris-based animated feature production company owned by Illumination, a division of Universal Pictures, has also found global success, most notably in its contribution to the Despicable Me franchise.

There are 75 animation schools in France, including the Gobelins school, which in 2016 was voted the best in the world outside of the US by the US website Animation Career Review.

In 2016, France introduced an international tax credit for companies that make all or part of a film in France. It’s rate covers up to 30% of a film’s expenditure, with a ceiling of €30m.

Bretons crowd into Game of Thrones