Explained: Why France plans to ban UK fishing boats from its ports 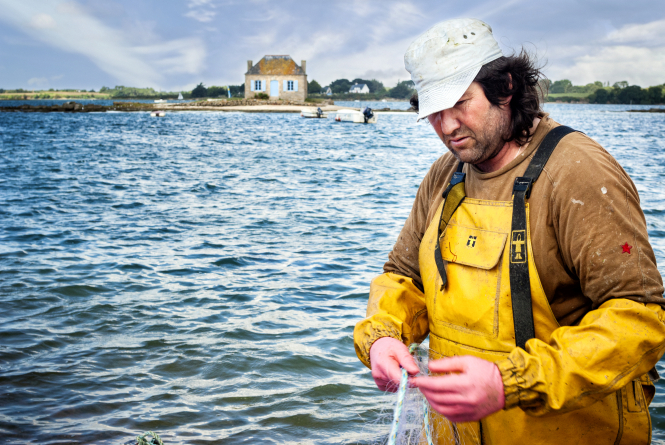 Since Brexit, French fishermen have had to apply to get a licence to fish close to UK shores, where many of them have been fishing for years Pic: Massimo Santi / Shutterstock

France has announced it will impose retaliatory measures against UK fishing boats and promised stricter checks on trucks travelling between the countries due to an ongoing dispute about French fishermen’s rights to operate in British waters.

The Brexit agreement signed between the UK and the EU in December 2020 included a provision that allows French fishermen to continue to fish close to British shores, including around The Channel Islands, if they can prove that they have a history of doing so.

France has accused the UK and the self-governing Channels Islands of Jersey and Guernsey (which are dependent on the UK for protection and foreign affairs) of granting only just over 50% of licence requests made by French fishermen since the beginning of this year.

The UK has responded by saying that licensing decisions made by Guernsey and Jersey have been “entirely in line” with the provisions of the Brexit deal, known as the The EU-UK Trade and Cooperation Agreement (TCA).

The retaliatory measures were announced by France’s minister for Europe Clément Beaune yesterday (October 27), who said that they would come into effect from November 2.

Mr Beaune said this morning (October 28) that France “has been patient” and “our fishermen have been responsible”, but that was now over.

“We cannot be in a climate of trust with a neighbour, a partner, that does not respect the rules,” he said in an interview with Cnews.

He also threatened further sanctions on the UK if the situation was not resolved, including reassessing its electricity supply to the country.

What is the dispute about?

The dispute over French fishermen’s rights to operate in waters close to British and Channel Island shores has been going on for several months and is related to Brexit.

The UK requires French fishermen to obtain a specific licence to fish in the UK territorial sea, which is between six and 12 nautical miles from the coast. To get a licence, they need to prove they have a history of fishing in these waters.

In September, France was angered by a decision from the UK and Jersey to deny 75 fishing licence applications, which were turned down due to insufficient or unacceptable proof of a history of fishing in the waters.

Rejected fishermen feel they are being unfairly treated and that the required proof is difficult to obtain as their small vessels do not all contain GPS equipment to track their movements.

France claims that Britain and The Channel Islands have issued around 210 permanent licences to French boats, but that 240 have either been rejected or are still awaiting approval.

“For nine months now, fishermen have been unable to go to British waters where they had licences before. The [Brexit] agreement safeguarded these licences," she told RTL.

"This is not a war, it is a fight. We have to defend our fishing rights," she added.

How has the UK reacted to France’s new measures?

A UK government spokesman said in a statement that France’s threats were “disappointing and disproportionate” and “not what we would expect from a close ally and partner”.

“The measures being threatened do not appear to be compatible with the TCA and wider international law, and, if carried through, will be met with an appropriate and calibrated response,” the statement read.

The statement also claimed that the UK has granted 98% of licence applications from EU vessels to fish in its waters.

This figure includes around 1,700 licences that have been issued to EU vessels to fish in waters further from UK shores, in the UK’s exclusive economic zone, which is between 12 to 200 nautical miles from the coast. It does not refer specifically to the percentage of licences applied for by French fishermen to operate closer to British shores.

1/2 It is very disappointing that France has felt it necessary to make threats late this evening against the UK fishing industry and seemingly traders more broadly.

We set out our position earlier this evening. https://t.co/2kuHofrWsw pic.twitter.com/kfhH2ML6hz

Yesterday (October 27), A British trawler was seized by France and another was fined, as France tightens its checks on UK fishing boats.

The fine was handed out because the crew on the fishing boat did not initially allow maritime police to board the vessel for inspection.

The second vessel, which was seized, was taken because it was fishing in French waters without the correct licence, according to a statement made by France’s maritime ministry.

The fishing boat’s catch was confiscated, and the captain could be subject to penal sanctions.

‘I’m a fisherman, not an Oxford graduate’

Romain Marie, 28, is a fisherman from Granville (Normandy) in the north-west of France.

He said that if he did not obtain a licence to fish in British waters, he would give up fishing within two years.

“If we can't go to Jersey, everyone will go back to fishing at Chausey [the islands off the coast of Granville], we won't know where to put our [whelk] traps,” he told AFP on October 18.

He said that there was no certainty with the British licensing scheme.

“The first licences were all given to [fishermen] two years away from retirement,” he said.

“What happens next? Will the licences remain with the boats? There is no certainty.”

For Pascal Delacour, the first French sailor to get a licence for Jersey waters, both the French and British governments are to blame.

He said that France initially asked for too many licences.

“There was even an [application for a] boat from Bayonne that had never been here,” he said.

He told AFP he thought the French government was incapable of “defending the fishermen who go there every day”.

“Nothing is clear and the government has not even been able to send an administrative officer to translate the incomprehensible English documents that Jersey sends us,” he said.

“I'm a fisherman, not an Oxford graduate.”

Opinion: UK-France bickering is hard on us bicultural ‘kids’ in middle