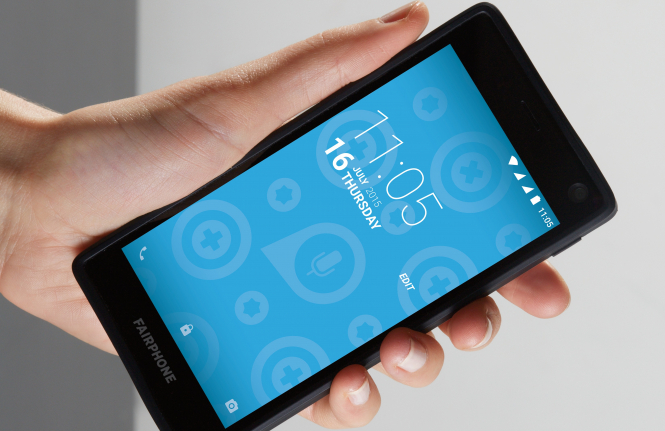 The Fairphone 2 has launched in France
By Connexion journalist

Mobile phone operator Orange has launched a smartphone that is kinder to the environment and respects the rights of workers at the factories that make components.

The telecoms giant has joined forces with Dutch start-up Fairphone to exclusively sell the Fairphone 2 smartphone under its Orange and low-cost Sosh brands, in a deal that lasts until the end of the year.

The handsets are made using sustainably sourced raw materials and are designed to be easy and affordable to repair. They are sold without chargers, as buyers are likely to have at least one at home already.

The default search engine on the phone is the France-based Qwant, which does not collect personal data. And the manufacturers are working to extend the product's lifetime. A Fairphone 2 is designed and built to last seven years.

The phone is available from Orange and Sosh websites and in 85 selected stores across the country. It costs €525 without a contract, or from €79.90 when bought with a 24-month contract.

France is only the second country in Europe in which the Fairphone 2 is on sale. A total 135,000 are in use already, franceinfo reports.